4 Ways To Utilise Animation To Market Your Business

Animation is nothing new. It’s likely that many of you will have been watching Disney animated cartoons and feature length movies for years now but did you know that you can actually utilise animation to market your business these days? I’m not talking about producing a feature length film of the same kind of calibre as Disney but I am talking about creating various pieces of content that will connect your target market. 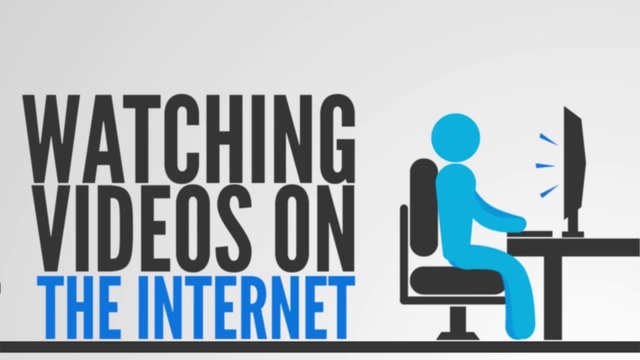 Although more businesses than ever are now using animation in their marketing campaigns, there are still a lot of businesses that aren’t. This is a mistake. If you think about the success of Disney (and many other companies), you’ll start to realise that their success is based on one thing; the fact that people love animations.

Generally, animated content is more engaging than static content and in a world where content marketing is becoming increasingly stale, the utilisation of animation could be the perfect way to help your business stand out from the crowd. Here’s a few of the ways that you might want to consider using animation in your marketing campaigns.

A lot of business models out there are relatively difficult to understand and therefore, explaining exactly how something works to your target audience can be a difficult task. You have a couple of different options when it comes to telling your target market information about your business; you can either write a long boring page of text that no-one will likely ever read, or you can create a beautiful animated video that not only explains everything in great detail, but also engages the target audience in the most effective way.

A lot of companies are making use of animated videos to do this including the well-known daily deals website; Groupon. If you take a look at the video above, you’ll see that Groupon created a fantastically engaging and well-made animated video that explains how Groupon works (a concept that might be difficult to understand to Groupon newcomers).

The clever thing about this video is that the animation also reflects well on Groupon’s core brand by utilising their primary colour scheme in the content.

#2 – To Make The Uninteresting More Interesting

One of the ways that a lot of brands utilise animation in their marketing campaigns is to help make the boring things a lot more interesting. Although you might not have realised it, a lot of brands are actually doing this, such as Coca Cola.

If you take a look at the advert above, you’ll start to see what I mean. This was an ad created by Coca Cola which depicts an animated Coke Factory. In the advert, the Coke Factory is shown to be located inside a vending machine. You’ll notice that when the man puts his money into the vending machine, the ad cuts to the magical Coke Factory world inside.

This is a classic example of making something boring a lot more interesting. Let’s face it, getting a Coke from a vending machine isn’t the most interesting process in the world but with the use of animation, it’s made into a magical process.

This reflects well on Coke’s brand and also, creates an engaging, fun advert that attracts its target audience.

Infographics have been around for a while but the problem is that nearly every company with any form of online marketing strategy is now creating infographics on a regular basis. Now, don’t get me wrong, infographics (the static ones) can be a great way to market your business but the truth of the matter is that many of the infographics being produced are quite frankly, boring.

What’s more, webmasters are bombarded with infographics on an almost daily basis so unless you have a way to stand out from a sea of other “infographic feature” requests, you’re likely not going to see the success that you wanted to see.

One way to combat this is through the use of animated infographics. These are becoming more popular these days as they actually give you the opportunity to present your content in a more visual and engaging way than a static infographic.

Animated infographics are generally produced into short videos and then upload to YouTube. Take a look at the one above for example; this animated infographic takes the relatively boring subject of the credit crisis and presents it in an interesting way with the use of animations. This helps the content to appeal to a wider audience.

#4 – To Emphasise Your Brand And Appeal To A Wider Audience

Branding is a huge part of marketing these days and many companies are actually using animation to help portray their brand effectively. When used correctly, animation can make things more engaging and also, help your brand appeal to a wider audience.

Take the example above from Hellman’s for example. Hellman’s makes mayonnaise and a few years back, they created this video to promote the idea of sustainable living around their brand. The advert incorporated animation with real life videography and because of the engaging nature of the video, it was shared by a huge amount of people.

Clearly, animation can be used in a lot of ways when it comes to marketing your business and because people generally love animation, it allows you to convey almost any message you like in a more interesting and engaging manner.

Most companies don’t invest in animated content as they believe it to be expensive but the truth is that in most cases, the costs aren’t that high. If you can afford to produce a standard video for your business, chances are that you can afford an animated one (which will likely yield better results).

Community Author Bio:
John is a lover of all things animated and currently works on the marketing side of things for DBP a printing company that specialises in banners and stickers for promotion use.