Have you got the talent to write and produce great short (5 minute) animated action videos and are looking for an outlet/market for your products?

MotionMax has developed a homebred South African 4D motion system for animated films which compares with the best in the world. 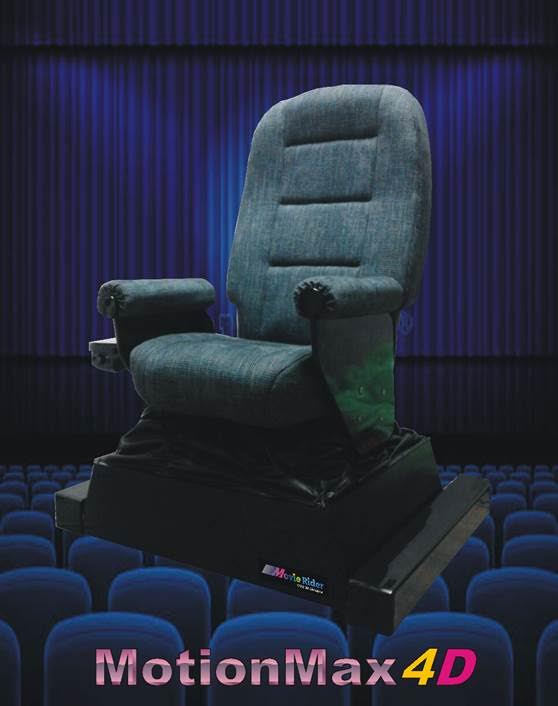 We are looking at rolling out this concept locally and internationally featuring selected South African animated films. MotionMax will thus soon be inviting local talented individual animators (inclusive of students) to produce 5 to 20 minute short films which are specially geared towards creating 4D motion experiences.

The following requirements serves as guidelines:

Fair and market related remuneration will be negotiated with successful producers based on the 4D merits of each individual film product submitted.

MotionMax reserves the sole right to decide whether a film product qualifies for 4D screen-rides. However, producers will be briefed/guided beforehand by Motion-Max as to the criteria required for successful 4D screen-rides etc. Changes to original film material could be requested by MotionMax in order to make it more suitable to the 4D approach.

Producer’s credits will be screened at the end of each short-film.

It is envisaged that up to 6 new short films will be required every three weeks – thus providing sufficient demand for new products and greater opportunities for all involved. When a short-film goes off circuit – clipped action scenes can be extracted from the individual short films to create an additional medley “4D-Super-Short” action film. Remuneration on this will be renegotiated producers involved. Cinema venues will be opened at various stages in selected locations in South Africa (starting in Gauteng) and each short-film will be screened in the new cinemas (as they open) however this will be done at the sole discretion of MotionMax depending on demographics of the area and previously proven success rate of the short-film.

The same process will be followed once MotionMax goes globally (which is provisionally planned for 2019). MotionMax will be looking at an eventual long term business relationship with successful individual producers. Let us know as soon as possible whether you are interested in being part of this venture. Note that terms and conditions apply.

Should you require more information – email us at: info@motion-max.com

We look forward to hearing from you as well as any comments and suggestions you may have in this regard.

Below find more background on the Motion-Max4D venture.

BENEFITS TO THE LOCAL FILM INDUSTRY

A strong focus is placed on enhancing and boosting the local film industry locally and internationally. South Africa has been endowed with incredibly talented film producers (many holding global awards) who need greater exposure and recognition enabling their unique products to come to their full right.

It is envisaged that the MotionMax4D System will benefit the local film industry as follows:

The MotionMax4D feature increases the thrill of the movie experienced as the added dimension enables patrons to “become part” of a movie. It is like “being there” in contrast to just “viewing it”. 4D motion simulated local movies will in general be preferred over ordinary/static movies – especially when considering that MotionMax4D will provide this added scale-tipping-feature at the same ticket price as an ordinary static/movie. Income revenue will thus rise steeply.

The added 4D feature will counteract the stigma amongst movie enthusiasts (locally and internationally) that foreign films are “superior” to local content. As no South African movie has been motion simulated before – motion simulated local film products will soon become common place in world arenas which will subliminally elevate the perception of local products to new levels of credibility.

The revenue will rise dramatically as the number of outlet cinemas increase world-wide. The MotionMax4D system will benefit the local film industry as follows:

ANIMATED-MOTION MAKES THE BEST RIDES: 4D motion studios thrive on animated film content as the computer generated scenes make for the best rides. Camera angles, slides and scenes can be manipulated with greater flexibility and licence for greater impact/effect than that of non-animated films. Adding motion to animated films reveals its full potential by bringing it to its full right.

INCREASE OF OUTLETS: The increase in motion studio outlets will stimulate the supply of animated film material. This will especially be the case in the rise of short animated films. (See THE RISE OF THE SHORT-FILM INDUSTRY below) MotionMax4D will be tasked with providing credible distribution points for the finished product (film and 4D).

ANIMATION INCUBATOR: With MotionMax4D, a locally based world-class 4D company to be formed, locally produced animated films will have access to an ideal creative incubator forum in which films can be tested and grown from inception all the way through to the final outlet. This process is automatic as MotionMax4D will work closely alongside animated film producers in order to create the magical synergy required between the two disciplines (film and motion) with one singular motive – to ensure a pristine movie-motion experience ready to dominate world markets.

4D motion features are not just limited to the animated film industry but are applicable to all forms of film. Vast opportunities are available for a new 4D motion genre type of film as local film producers will have a brand-new field to explore. On-board-camera-video files make for exciting 4D material (i.e. Go-Pro camera files).

MotionMax4D has created an extensive arsenal of super-action 4D video-rides such as downhill cycling, skate boarding, roller-coaster rides and rally car and many more that stuns even the greatest of critics.

Film producers interested in this new genre of film will work closely with MotionMax4D in order to tap into the infinite possibilities available. This will be done by individual hands-on sessions enabling producers/animators to learn the fundamentals of 4D.

A NEW RANGE CREATES NEW OPPORTUNITIES: A new range of action packed short films (“Shorts”), both animated and non-animated, will see its birth. 4D Shorts are ideal to be screened during lunch breaks and in-between major feature movie sessions. The same is true about family weekend mall-outings where patrons can quickly pop in for a short movie-ride before continuing their shopping spree afterwards.

GREATER REVENUE PER SCREEN-TIME: A short film also yields a much greater revenue per screen-time than a full feature movie. Film producers will thus be able to produce more revenue with a fraction of the production time and budget required for that of a full length feature film. Thus improving the cost/revenue ratio as well as the turn-around time of the production process.

GREATER VARIETY AND CHOICE: Shorts will further allow for a greater variety of films to be viewed in a standard day, thus stimulating both public choice as well as increasing the number of film productions that can be screened at any given time. More producers will have opportunity in comparison to only one per full length film.

RECYCLING OF OLD MOVIES FOR RENEWED INCOME: A medley 4D-Short movie/rides can be created – consisting of several video snippets (clips) which will be compiled from off-circuit (old) film material and then combined into one “4D-Super-Short”. Only the best action scenes will be incorporated.

This would mean that previously redundant (off-circuit) films will be recycled, thus providing extended revenue to the original film producers.

UNSUCCESSFUL FILMS RESCUED: Often films that failed due to unsuccessful story lines etc. but which might contain good sporadic action scenes can be resurrected by compiling action clips together with other movies’ action clips to make one Short. By so doing, would provide some form of financial consolation to the film owners.

The added 4D feature will provide the “unfair advantage” to local film products in relation to foreign products, by creating pristine type outlet in the form of 4D cinema studios for local films to be motion-screened to audiences globally.

This is true as MotionMax4D movie ticket prices will be the same as that of a standard “static” foreign movie experience. 4D motioned movies will thus be preferred as being “better value” for money (i.e. “Don’t just watch it … Ride it!”)