You’ll instantly fall in love with the lovable rascal Mr.Wrinkles once you watch this hilarious short by Friedl Jooste. The script for this short is smooth and witty which made it all the more fun to watch (Okay fine Friedl we watched it at least 6 times before giving you a call ^^). Enjoy the video!

I finished studies in animation at UCAA (now Known as the animation School). From there I went on to work for Brad Stillwell for two years where we got to work on a bunch of cool stuff and I started developing my passion for character animation. 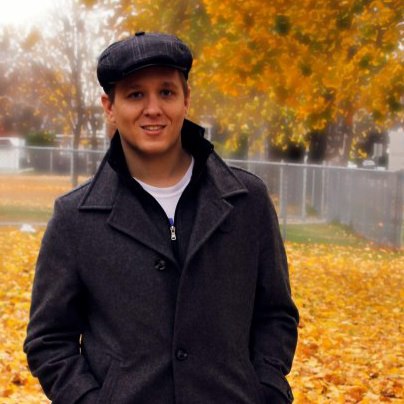 From there I worked at Blackginger for a few months before moving on to Character Matters to work on The Lion of Judah (Produced by Sunrise). I got to work with a couple amazing animators like Darryn Posen and also Eric Lessard and Tom Roth both having worked on major films like Shrek, Madagascar, Antz. Tom him self having worked on a couple 2D films like All dogs go to heaven and Hercules. So I got to learn allot about animation in that time.

After The Lion of Judah I wrote and directed a pilot episode for a series we were developing at Character Matters called Gijima. A bunch of other projects started coming through and we never got to finish it, but it was my first taste at directing.

Me and a couple friends from Character Matters started a side project Hooked which I wrote and it was picked up by the studio and we got to develop it properly and I got to direct it also. Was a very fun project and the team was amazing!

The project did very well and travelled much further than we could have imagined. After Hooked I got contacted by Eric Lessard (Mentioned earlier) He was going to be animation director on a feature film called The legend of Sarila which would be close to Montreal Canada at Modus FX, and he got me into the animation team, so me and my wife packed our bags and left (after a massive visa struggle,)

At Modus FX I got to work on The legend of Sarila, This is the end, Now you see me and we did allot of character testing for The latest Riddick film. We also animated a few shots, but there was big budget cuts so not much of what we animated ended up in the film. In-between the animation projects I helped out with a documentary for Discovery channel called Strip the city. Was nice to keep us busy with. I was at Modus FX for about a year and a half. They offered me a permanent position and we were thinking of relocating there but in the end for a bunch of reasons decided to come back to SA where I headed up the animation for another short film created by Character Matters, still to be released.

And finally I was lucky to be able to join Sunrise productions as a lead animator on the third season of  Jungle beat and loving it!

For about the past two months I have also been working on my webtoon Called Mr. Wrinkles. I had to get in touch again with everything else apart from animation so it was a bit of a learning curve, but the goal was never for it to be Avatar quality only for it to be fun which I hope it is.

Keep it up Friedl and keep on inspiring!