While browsing on Twitter we noticed Anders and his Sundstedt Animation company. He’s the founder, animator, director and illustrator of the company and he currently lives in Scotland. We asked if we could feature him on the site since we love people who are dedicated to their work, and he clearly has a passionate drive to become the best. 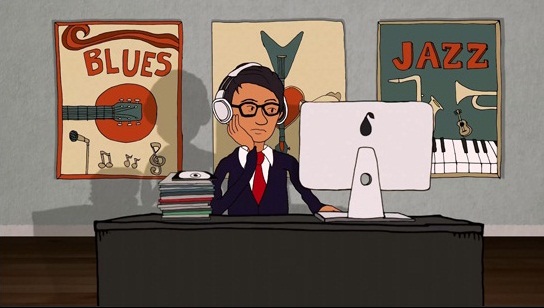 Anders grew up in Sweden and realized early on that he had a passion for drawing sketches, cartoons and later also creating graphics on the computer. Anders finished school and went on to study at the Linköping University where he completed a Masters of Science Degree in Media Technology and Engineering, with a profile in Visualization. He then moved to the UK where he first worked in the development of interactive games, then as a 3D/4D Photographer / Applications Engineer.

After founding Sundstedt Animation, his focus turned to directing, illustrating and animating online commercials and explainer videos. He has directed and designed many animated short films using a variety of styles and techniques. He continues to combine his strong technical background with his artistic skills, to create video productions with his own personal style. The illustrations and designs in the videos are custom made by hand, no stock or templates are used.

We really enjoyed his “100 Years in Marketing” animation which was also warded “Top 10 best explainer videos published in 2013″: