Animation, as it is today, has a rich history, in terms of its’ evolution and development, with many technological and artistic contributing factors, stretching over a span of centuries, with the help of human genius along the way. 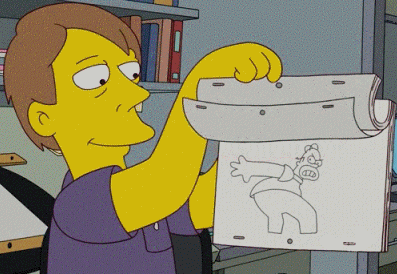 When we think of animation, we often think of Walt Disney or Max Fleisher, but the true birth of animation, as a concept, took place years before the early 1900s, more accurately dating back to the early 1800s when Peter Roget granted the British Royal Society his paper, ‘The Persistence of vision with regard to moving object’, which was followed by various alternatives and improvements that have led us into this age of digital animation. While digital animation has proved its ability to produce otherworldly works of art, traditional animation, characterized by charms of its’ own, introduced us to some elements that are absent in the former, and certainly missed.

Traditional animation, or cel animation as it is often referred to, is a skill using hand-drawn frames, used largely in cinemas until the dawn of the digital form. The process included storyboards, a script with words and images, devising the plot sequence; recording  the sound effects, music and dialogue to accompany the frames; the animatic- artwork and flowing of the pieces; arranging the characters and objects in various angles; the layout; the actual animation, drawing the flow onto sheets of transparent paper, using peg bars; making use of assistant animators and clean-up animators to perfect each frame and the flow thereof, followed by the drawings being captured on an animation camera and finally painting the sets with acrylic, gouache, oil or watercolour paint to have all elements on each frame synchronized. After the entire process, the drawings are put onto cel, and then captured on rostrum cameras.

Digital animation follows a similar process, except the animators drawings are scanned to a PC for all the procedures that follows. This is where the first element that’s missed about traditional animation is introduced.

Many lovers of cel animation criticize the characters and objects in digital animation to be lacking in creativity, being too fluid and clean. Contributing factors to the designs unimaginative appearance is apparently the CGI, making the images too colourful or non-human characters to be too lifelike, taking away from the ‘animation’ feel and appeal. It also seems that as animation becomes more ‘real’, the storylines are being replaced by comedy. Where classics such as Snow White followed a storyline, recent animations are more about showcasing the abilities of computerized animation.With the focus being taken away from the storyline and the wonders of animation, more big names are being introduced as to market the product. This takes away from the art of animation.

The things we miss are not major. Perhaps we’re simply being nostalgic. The wonders of technology and the possibilities far outshine the minor issues, especially since the two types of animation are often combined.