A Little Gallery in Lower Main 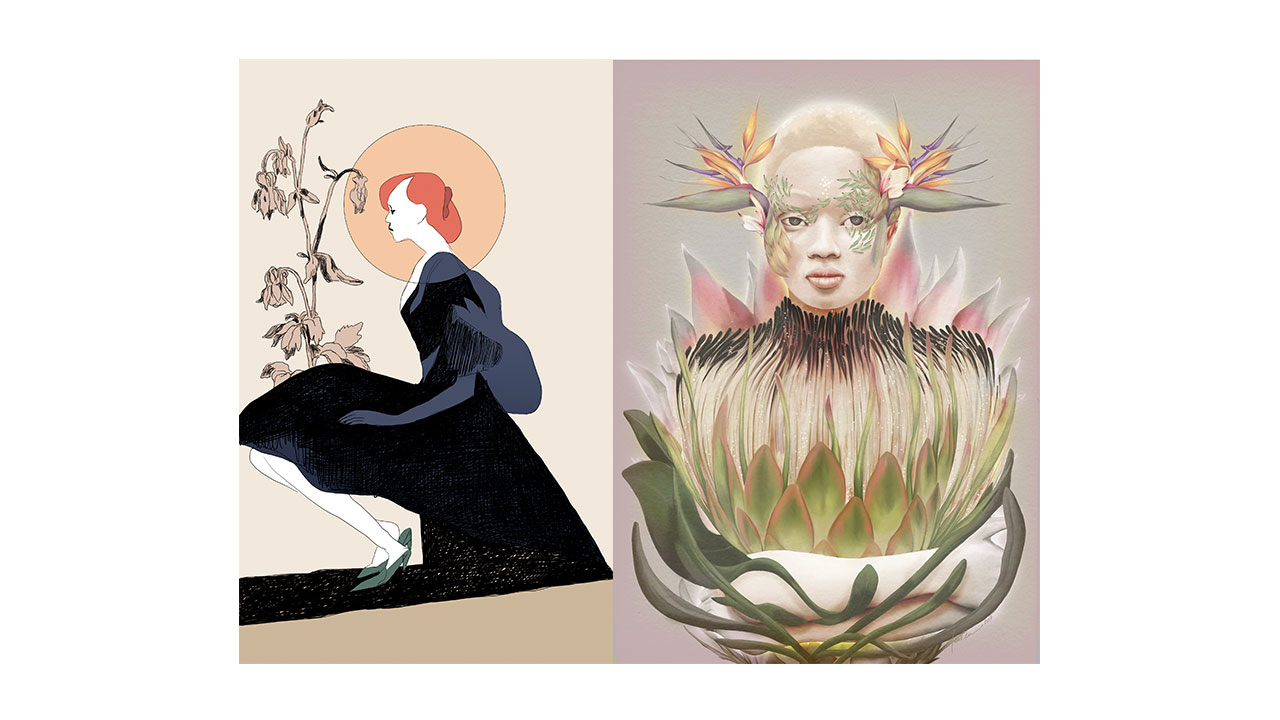 “Once upon a time, an illustrator wanted to make something beautiful and wanted somewhere to put it for all the world to see. She walked down Bury St in London and discovered The Illustration Cupboard. A quirky little jaunt filled with illustrated works.

The art world of Cape Town has no such thing, which makes it very difficult to display ‘non-fine art’ work and forces many illustrators to channel work online.

Now of ALL people, illustrators are the kind that love the smell of old books, freshly printed sheets, mighty markers and the feel of a brush pen against rice paper. What’s all this online selling rubbish about? What is a computer even?

So this travelling illustrator opened a shop. A gallery space for illustrators, art lovers , home for globe trotters who seek the unusual.

Join the movement as an artist or just come and drink coffee and venture into Cape Town’s up and coming neighbourhood – Observatory and savour the unique and unusual visual feast available in our space. 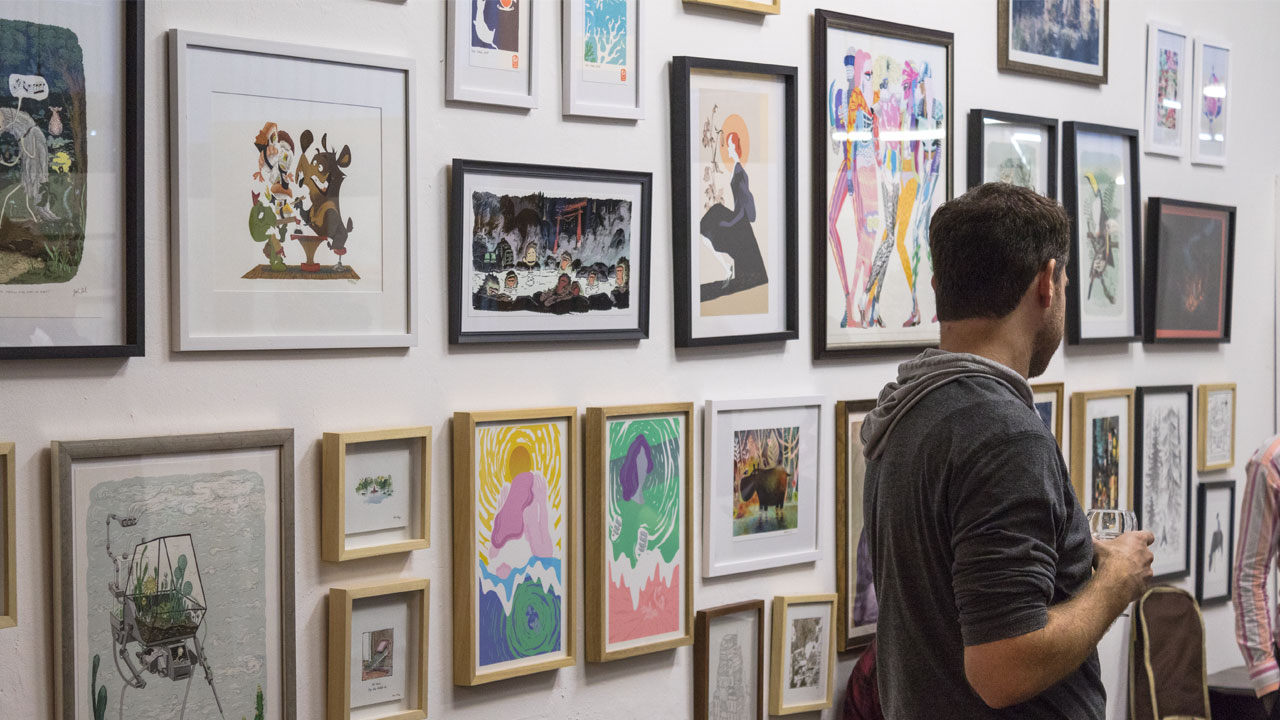 To start this blog post, I thought it would be fitting to start with the backstory of AHEM Art Collective.

Please tell us about the adventure you had in discovering the spark of AHEM.

Now, let me apologise for only writing about your jewel only now. I got distracted by squirrels… SQUIRREL!

Recently, well, not so recently anymore, your  art gallery opened up here in Observatory. What makes this specific gallery so unique to me, is that I saw you weren’t hanging pieces of oil paintings by artists like Rembrandt or Da Vinci, although you do have some Frazettas, who was an amazing artist and set a bar for many artists alive today. 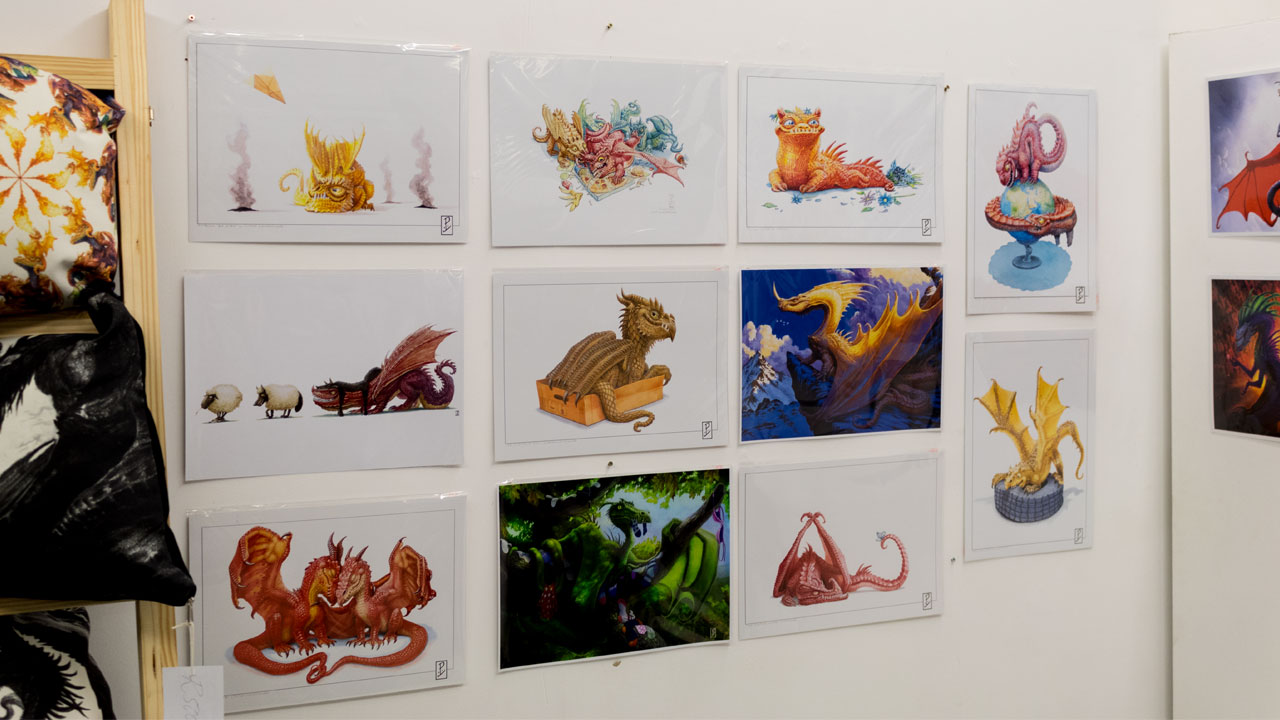 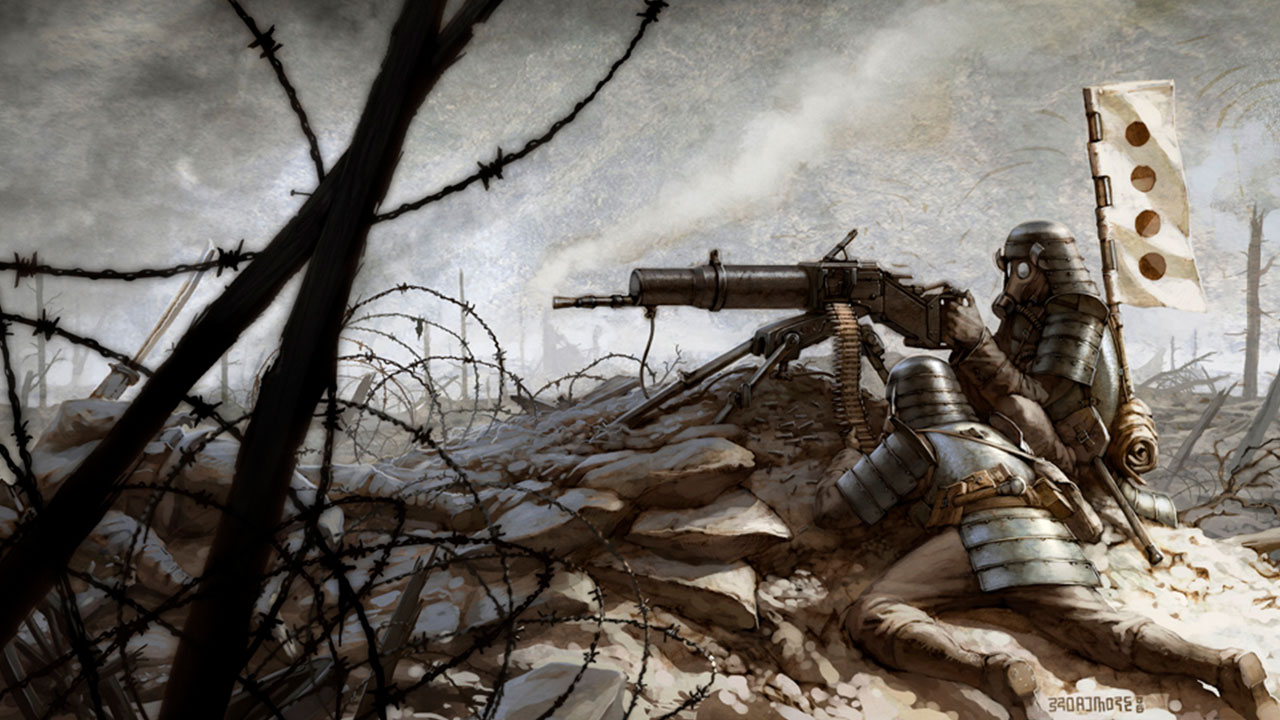 I ,must say, it was a privilege to have been invited to your gallery opening, I felt rather underdressed. Rocking up at the gate in a T-Shirt, utility trousers and hiking boots with a camera pack strapped to my back and then to be met by a well dressed lady… I think I was indeed under dressed. But still, thank you so much for allowing Pixelsmithstudios to be part of this event.

Ahem: At Ahem you come as you want to come.  We love Ts and takkies! 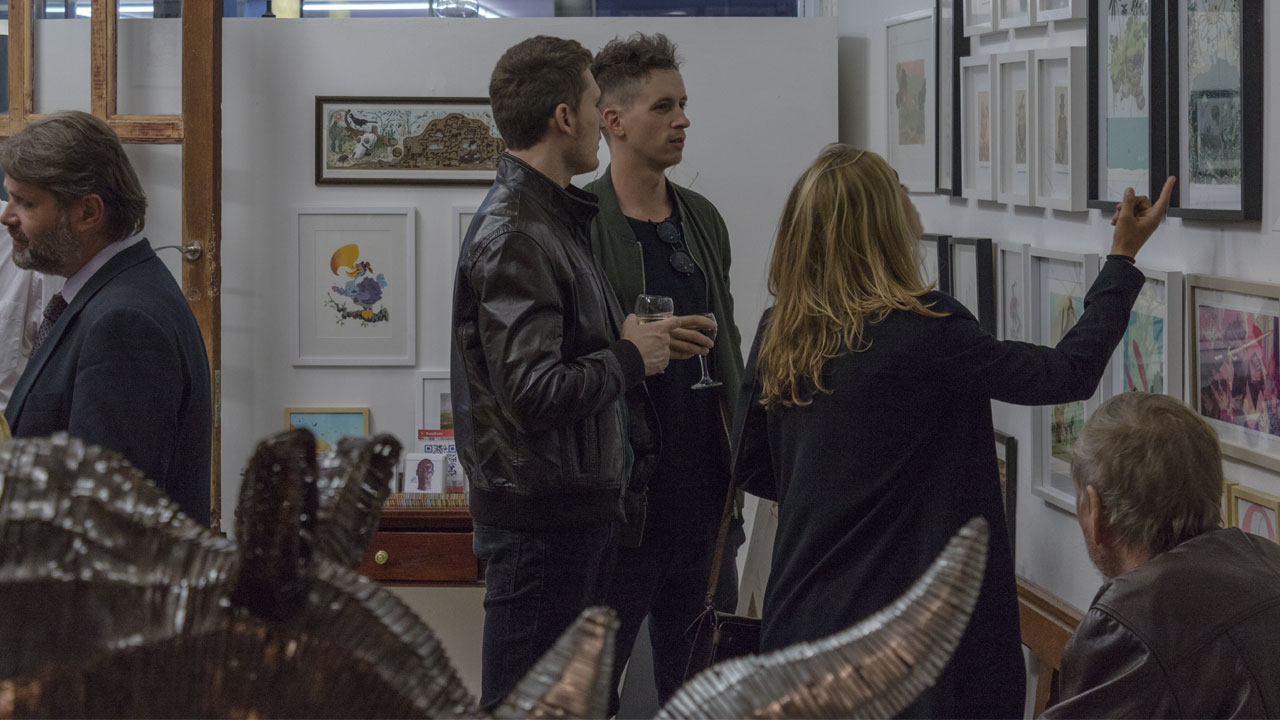 But yes, back to AHEM. Now, to understand what you and your team are trying to do, we decided it would be best to ask you a few questions about your goals and your vision for AHEM and so this is where I pass the mic, or I mean blog post, to you Thea.

What sparked the idea for this wonderful gem?

Barbara: Even during her fine days working for Blackginger, Thea had always talked about exhibiting work by artists from the animation industry, and in 2016, started up the Ahem! concept a year ago as a space to develop drawing skills for animators in the industry, offering higher education services in the form of lectures and technical mentoring, as well as an exhibition space to develop concept artists and illustrators. Even though she had overwhelming support from Stuart Forrest and Mike Buckland at Triggerfish Studio, as well as Nuno Martins from The Animation School, timing and finances made it difficult to develop the idea further. She thus moved to London for a short while for work and in her London explorations, discovered The Illustration Cupboard on Bury St, where she had the chance to admire original work by Children’s Laureate, Chris Riddell, and the wonderfully talented Shaun Tan. It was here that she realised that there was a gap in the art market to create a gallery space in South Africa that redefines and broadens the idea of fine art galleries.

Thea: After discussing it with Barbara, my mum and fellow art fanatic, we went about looking for the right place to start up. In January 2017, B discovered a beautiful place in Observatory and promptly set about renovating and developing it, with some inspired help from local students at Design Times CC, and with Warhol style branding by myself, the Ahem! Art Collective was born.

What are some of the core principles of AHEM?

Thea: The word ‘Ahem!’ is a universally understood expression, and is often used to precede something important someone wants to say, thus being used in conjunction with having an opinion and being heard. Here we hoped to create a portal between local and international artists, promote community outreach and provide artists with access to exhibitions and resources, and put Observatory on the map as a destination for illustration and art.

Barbara: It’s all about bringing that creative feel to our neighbourhood through art as a way of uplifting our community.

Both: All of the above, as long as it’s all home grown! Fresh. Healthy. Simple.

What can we expect to see from AHEM, now that you have the premises and the artworks on show?

Thea: Well, we’re full of ideas. There’s our Tretchikoff Homage evening that we have planned, the Secret Cinema where we’ll be screening animated films in the gallery, themed dinners (think Ghibli!), an art exchange, and of course a general calendar of exhibitions as well as events throughout the year based on educating artists, our buyers and the general public.  Our dream is to bring acclaimed artists, such as Aleksander Petrov to Cape Town and to host a small film festival where we can celebrate his works in the company of fellow admirers of his glass painted animations. We are having meetings with various parties such as the Russian Consular General to see if this can be realised.

Barbara: We’ve also opened up our homegrown cafe that’s headed by an incredible chef, Nic Hudson, the creator of the original Hudson’s burgers. With his food and our curated art, we hope to become a bustling little centre for artists and foodies alike.

What has been some of the defining moments of your journey, from when you got the idea, to where you are now, that assured you this is what you want to build?

Barbara: I guess the defining moment for me was in January when I was told the space on 77 Lower Main Road would be vacant. This was the catalyst for us to get going and by 1 March we had signed a rental agreement and embarked on a major interior make over of the property. Thea has always been a great networker and she managed to secure the interest of international artists, signing up the likes of Aleksandr Petrov, Greg Broadmore, Ulysse Malassagne, Jake Wyatt, and the Frazetta family- these were also defining moments for us. I don’t like to think of us having a set idea, but rather letting the ideas evolve and nurture opportunities as they present themselves.es.

Thea: Early Grey tea with a splash of milk please!

What would you say, is one of the many facets we experienced at the opening, that makes your gallery unique?

Barbara: One unique facet is the gallery location as well as the fact we’re catering for animators and illustrators. Set in the grungy part of Observatory, its location rubs shoulders with part of the seediest stretch on Lower Main, with the intention to uplift this stretch which will hopefully having a knock on effect. Our opening attracted people from all walks of life:  Diplomats, company CEOs, Constantia ‘ladies of leisure’, local comic book writers, artists, literature lovers.  Another unique factor is Ahem! was opened with the help of three volunteers from a local halfway house shelter in Observatory, Loaves and Fishes, one of whom is now our head chef, Nic Hudson!

Thea: Just being able to be a community space for people to come draw in, where they can be mindful and encouraged about the work they do, whilst being immersed and surrounded by the work of peers and artists we all admire. That’s a major facet for me. Oh! And the french toast! You haven’t lived until you’ve had the banana bread french toast!

How much is a cup of coffee?

Barbara: Depends on what you want! Vietnamese iced coffee, moccachino, regular (but not at all ordinary!) flat white, all for 20 bucks?  We have a wonderful selection, but we will be market competitive as well as offer our members loyalty cups!

Where can we reach you if we would like to get in touch? 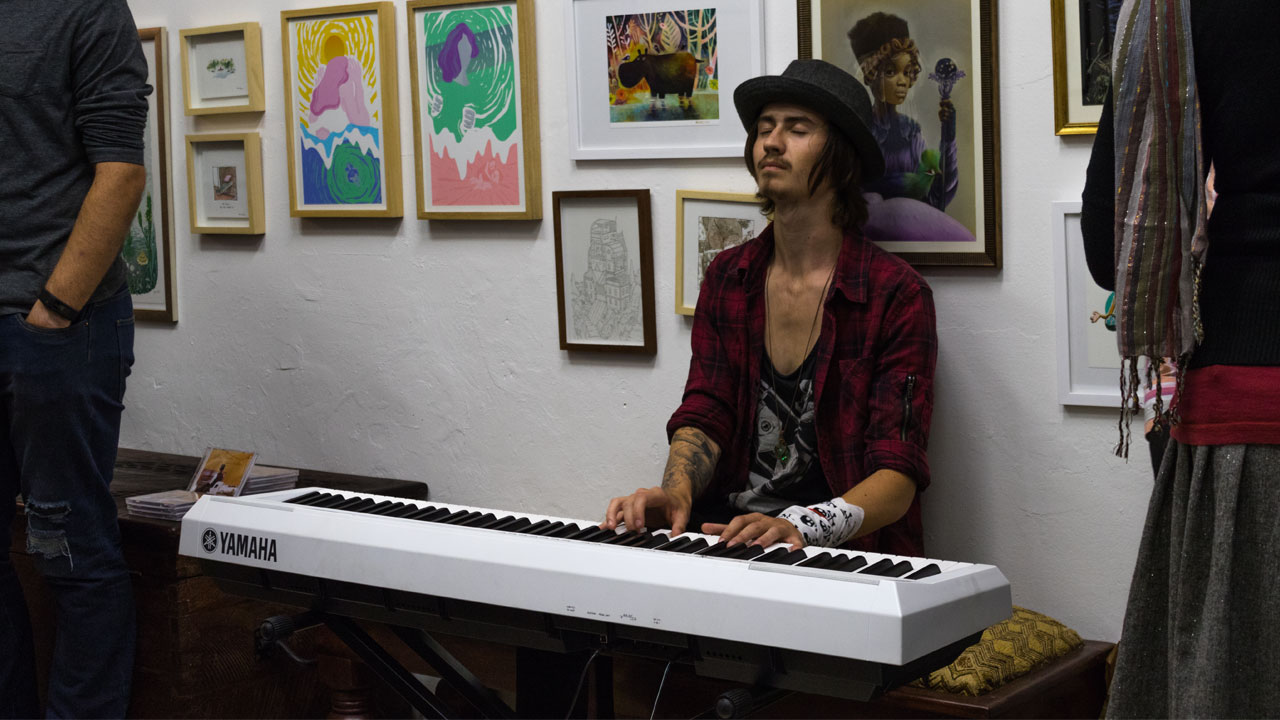 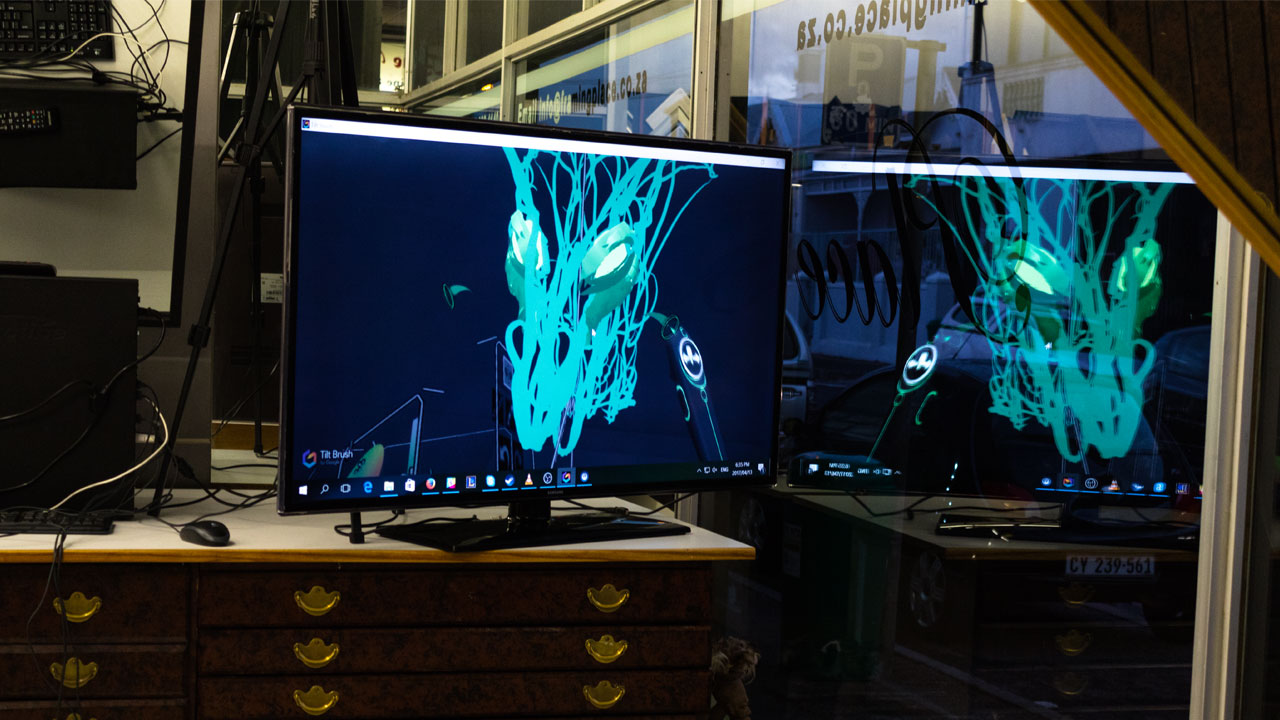 For those of you who were unable to attend, you seriously missed out. Artworks from Joh Del, Theodore Key, and Andrea Du Plessis were on display and I wasn’t kidding about the Frank Frazetta pieces.

Ben Winfield, who was a speaker at the CTIAF this year also had work on display and we were thoroughly entertained by Lynton Levengood and his live demo of the tiltbrush where he painted a fire breathing dragon in VR space on the HTC VIVE, which was sponsored by Sozo Labs.
[AHEM: This idea was another unique AHEM initiative – we approached SOZO to loan us their equipment and Abraham and Gerrit being crazy geeks who love where technology and art meet, were on board immediately.]You can view the full length livestream recording here on Sozo Labs’ Youtube: 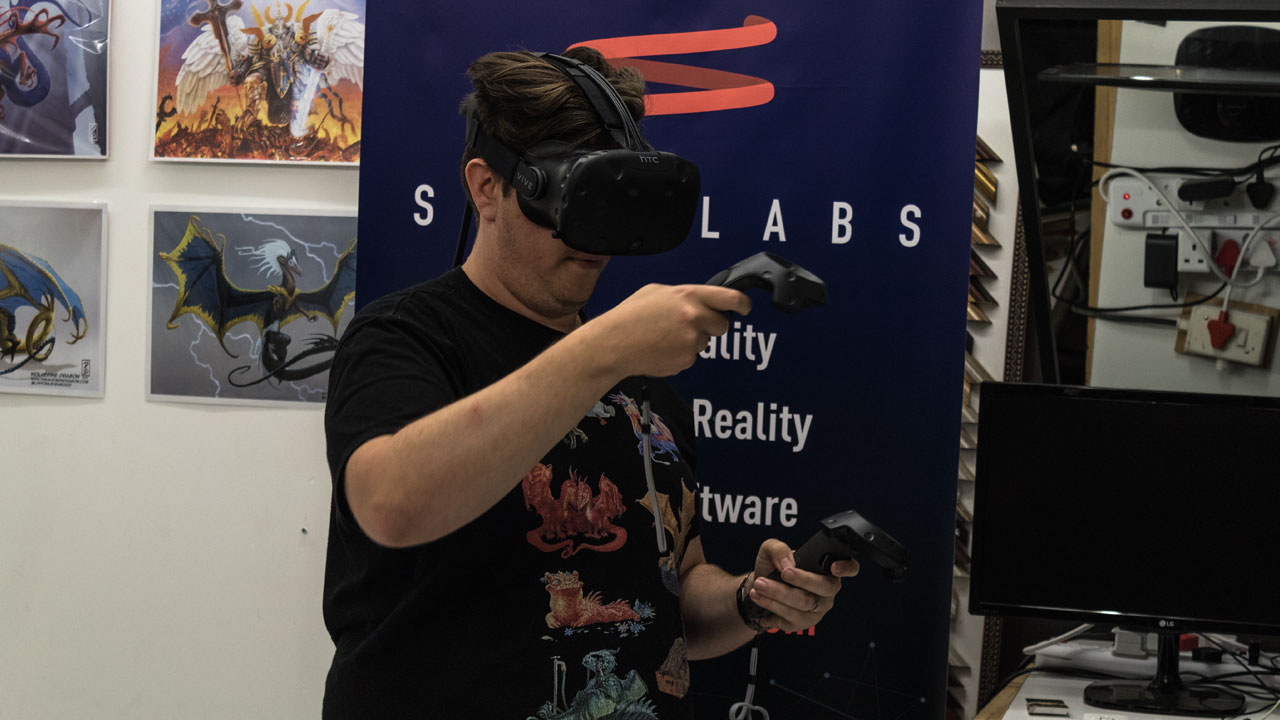