Let’s have ourselves a festival!

The Cape Town International Animation Festival, previously called Kunjanimation, is happening from the 18th of February until the 21st of February this year.

With a line up of workshops, screenings, talks and masterclasses that guarantee you will have a blast and then also a popup shop in the form of an Artist Alley will ensure that last bit of sweet goodness that every digital artist will want.

The CTIAF is possible thanks to generous sponsorships from the NFVF, WESGRO, Animation SA and the French Institute of South Africa. The CTIAF has also teamed up with Nickelodeon to bring you a festival that you will never forget.

You can expect to see workshops and talks about getting your work out there, how to present your work to the right people and a masterclass by Nedy Acet from Dreamworks on how to bring your characters to life in 3D Animation.

Festival Director Dianne Makings says, “The Festival’s programme is designed to inspire and build both the local industry and audiences, by exposing them to world-class talent and content through screenings, talks, workshops and masterclasses.”

You can catch the African Premiere of Stick Man by Magic Light Pictures, animated by our own Triggerfish.

Then also theOscar nominated films Song of the Sea and The Boy and the World and a host of other acclaimed films.

The line up of workshops will cater for a large variety of interests – be sure to buy your tickets!

Laika’sproducer,Mark Shapiro, who has worked on films such as Coraline, Paranormanand The Corpse Bride, will be hosting a workshop too! Laika celebrates their tenth birthday in 2016.

Renowned producer, ChristinePonzevera will be discussing different strategies for pitching to European studios, and also how co-productions work.

Adobe, The Chaos Group, The Foundry and Cel Action will be hosting technical talks and you can be sure to be blown away.

The highlight I have been looking forward to the most, is the masterclass by Nedy Acet on bringing your 3D characters to life.

Media Cloud will be providing internet for all attendees at the festival to ensure that nobody mises out on any of the action and some of the talks will be hosted via Live Link. This will also allow for some Q&A sessions with some of the hosts.

Lastly, the Festival will host a student awards initiative, with incredible prizes; a children’s programme; a competition for the Festival trailer; outreach programmes and B2B sessions.

If you want to attend this awesome event, you can get your tickets here: http://www.ctiaf.com 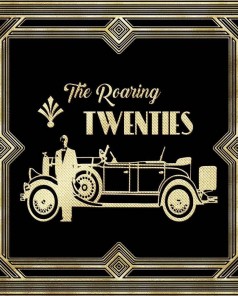