Dreamworks animations is bringing out a new animation called “Rise of the Guardians”. It’s great how they can take an old story and create something fresh out of it. 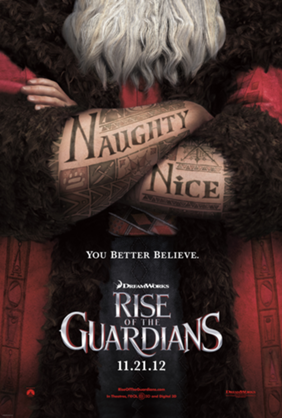 The animation features a group of heroes from traditional stories such as Santa Claus ( voice of Alec Baldwin), the Easter Bunny (voice of Hugh Jackman), Tooth Fairy (voice of Isla Fisher), Jack Frost ( voice of Chris Pine) and the Sandman who form a formidable team to stop the bogeyman. Looks like an interesting one, enjoy the trailer!