Kerrigan’s back and she’s angry! Enjoy this great opening game cinematic for Heart of the Swarm – Starcraft 2 where hordes of Zerg lay siege on a terran planet. The finished rendered cinematic is a work of art, which we’ve come to expect from Blizzards team (who also created the Pandaria game cinematic).

In addition we’ve also added info from Kerrigans voice actor in this article and all of the previous Starcraft 2 Game Cinematics for you to enjoy! Besides the game being fantastic, we literally played the SC2 game to get to the cinematics. For all the World of Warcraft Fans, we’ve heard you get a little baneling as a pet if you pre-order (release date March 12, 2013),schaweet.

Heart of the Swarm Opening Cinematic 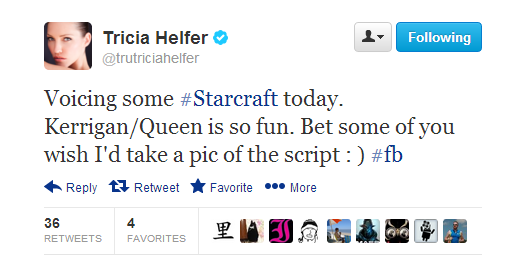