Brett Bean is a concept artist of note in the entertainment industry and now he’s taking that big step away from working for clients and studios to follow his own creative ideas (Huzzah!). Brett has been working for big companies such as Sony,Disney, Nickelodeon and Wizards of the Coast as well as on other card games and video games. Working in the entertainment industry for 10 years certainly establishes him as an authority figure in his field. 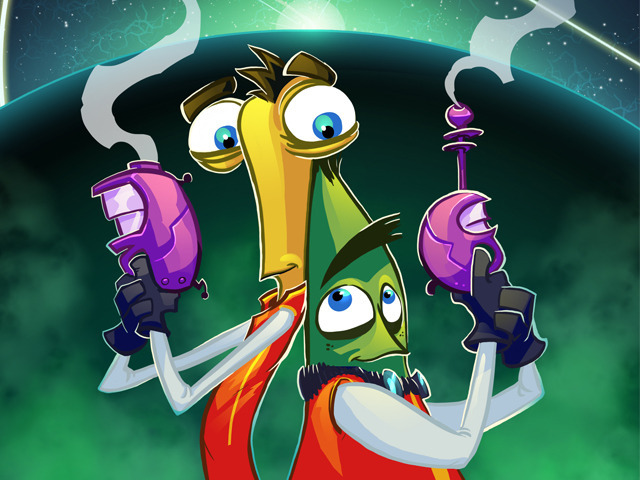 That’s why we’re excited about his Kickstarter project “Spaced Out – The Story of Fil & Mantis”!

The story begins with two space janitors who are friends and by just following their everyday routine, started an intergalactic incident which have them on the run from bounty hunters, “The Company” and Darth Vader. The graphic novel Brett is creating has the promise to be full beautifully designed landscapes for the planets he introduces through their travels as new races and main characters are introduced.

Here are some sample pages from his book: 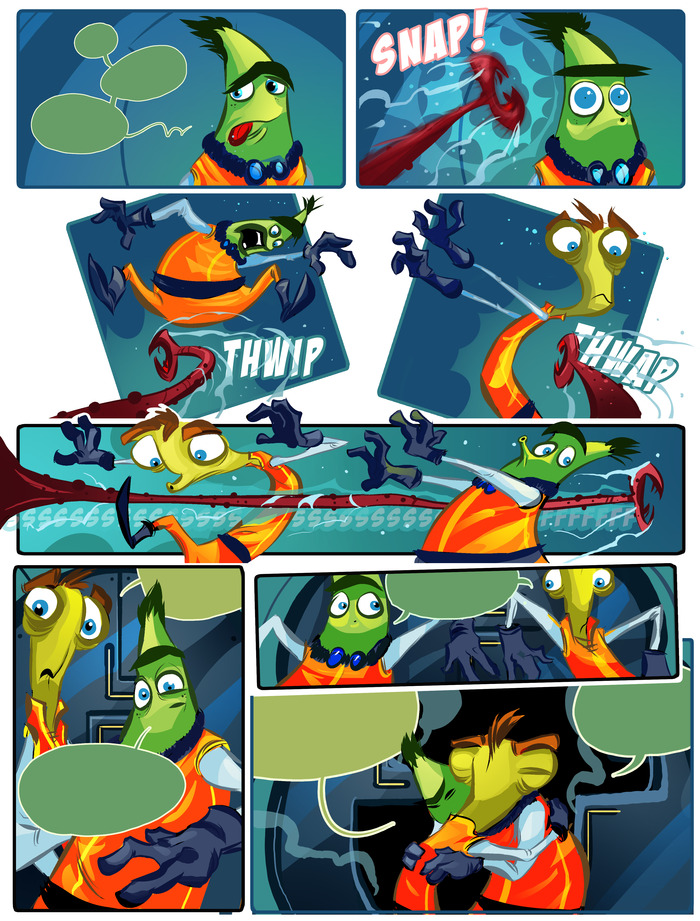