Darryn Posen is a professional animator with years of experience behind his name who forms part of the South Africa Animation Critique team. They gave us a few minutes of their time to talk more about what it is they do and who they are. We love the passion these guys have and how excited they get when they talk about helping other people, our kind of guys!

*Be sure to check out their critique on the latest movie “Trolls” below.
*We made a transcript of the video below if you want to read as well.

QUESTIONS ASKED IN THE VIDEO:

Hello everyone I’m Darryn Posen.  I’m one of the animation pros at Animation Critique and hello to Pixelsmithstudios and thank you guys for the opportunity for this interview, it’s going to be great.

So a little bit about myself, I have been animating for about 13 years now, mostly in south Africa, on film and television series, done a bit of work overseas as well. 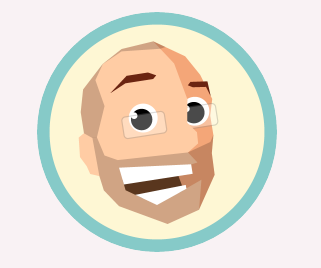 Darryn has 13 years of experience in film, television and gaming productions. He is a great animator and a dedicated animation director and he knows what you need you improve your skills.

More recently I worked on Stickman ,which you know did very well (so I’m based at Triggerfish studios) and at the beginning of this year (2016) I made the move, actually into the games industry and so now I am the animation director of the games division at Triggerfish studios, bit of a mouthful,  but that’s about what I want to do at the moment and thoroughly enjoying it by the way and really enjoying the challenge, or the new challenges I should say, of working in games. Really really awesome people.

All right let’s get to these questions first one up.

In a nutshell what is Animation Critique?

Okay well basically it’s just an online animation feedback service, we will receive videos from clients and we will critique them, do draw overs and we will give them feedback on their animation and on how to improve it.  Our goal really is to help make animators the best animators they can possibly be at a really affordable price, so yeah that’s it in a nutshell.  Who is it for? Let’s see…individuals, students, people working on their showreels, people working on their own passion projects. We also wanted to get involved with schools, get into their programs and say “hey guys you can use us. We’re  a bunch of professional animators, who are happy to help out.” All the pros at Animation Critique, all of us, have years and years of experience working in the industry and also on some big blockbuster movies as well and some big games. We really want to share our knowledge and share it in a way that is actually affordable for as many people as possible. We’re also looking to help studios as well and step in there, almost as animation directors for hire, but all online. So that’s what that would be it in a nutshell. Okay it’s the next question.

How did you hear about Animation Critique?

Well I heard about it actually when it was just a seed of an idea. So the founder of Animation Critique (A good friend of mine, Erica Lesade, who  has 20 years of experience in the industry, phenomenal animator) who’s  worked on some really really big films and he was here in cape town (where I’m based) and he was here for a couple of months and just before he was due to go back to Quebec, we had lunch together and he said to me “hey by the way, I had an idea, i’m thinking of calling it Animation Critique and this is what it’s going to be about, and this is what I’d like to do”, what do you think?”

I thought,  “Wow, let’s give it a shot” and you know, we would both have experience, not only in the industry, but also teaching in the classroom and online animation schools and we  love teaching and we love seeing great quality animation, we love helping people get as good as they can so i was like well let’s give it a shot you know we were both we both still working in the industry both still animation directors and our respective studios so this is a nice little added extra for for everyone for everyone else all right

Why Is It Good - Reviewing "Trolls" Animation Movie

How does it work?

Cool, I think that the best thing I can do here is perhaps take you through the process. So let me do that. So if you go to our website www.animationcritique.com you’ll get to our homepage. Here it is. By the way, you’ll see this button see The Pros in action that  will take you to a video and it will show you just all of us doing our thing how the videos work, how we get feedback, how we do outro, and so I really recommend clicking that button.

Back the question, how does it work? So quite simply, you can see in the top right-hand corner the big red button, submit your shot. Let’s just do that and click on that, and here we submit your shot page, if you scroll down it just gives you an idea of the sort of “how long a critique you want,  so that’s not the length of your shot , that’s the length of the video feedback will get back to , so you just gotta select whichever one (particularly if you’re an individual), it’ll work differently if your school or the company and individuals. So you can select one of these then just click our next. Which then takes you to this page. You can see what it is. Here too, you list your personal details and our privacy policy (obviously we don’t share any of this information with anyone else) and it’s really just first name, last name and your email address. Then you can move right on to the very next page which basically takes you here, so this is the bit where you literally upload your shot, stick it in there, upload it and we sit down and give you insight it on how to improve it.

Well I like the fact that there’s a whole bunch of us working together and we can cover large volumes because we’re a team and were based around the world. We’ve got guys in Canada, America, Spain, myself and South Africa right now and that’s great and we all are very passionate about what we do and that’s fantastic. I like the fact that it would give the chance to as many animators as possible to really improve and to focus on quality and we’re gonna jam pack these feedback videos with information that will really help improve your work and to be something that you can be proud of. So well that that’s all stuff i like about Animation Critique and i’m sure i could think of more actually but I don’t want to go on too long, so let’s go on to the next question!

How do you see Animation Critique benefiting the industry in South Africa?

Well, and pretty much for all of the reasons I mentioned, I think for South Africans getting access to high-quality feedback can be very difficult. We know like some of the best animation the world happened overseas and some of the best animators and leaders in the world are overseas and it’s not easy to get that input from them, whereas Animation Critique is kind of tying in with what i like about Animation Critique, is that we’re kind of all working together to get that sort of high-level quality feedback to animators here in South Africa, and the fact that every single one of us, the pros at Animation Critique, all remained current in the industry, we’re all animation directors at our respective studios,  wherever they are in the world. We haven’t stopped what were doing and all of us have teaching experience. We haven’t stopped what we’re doing, we’re still doing it and then in our own time we’re doing this sort of feedback and it’s the exact same sort of feedback that we would give in the studio to the animators that we work with when we’re directing when we’re leading supervising. So you’ll be getting the exact same quality feedback that you would have got if you worked in that studio and I think that has tons of benefit for the industry in South Africa particularly because I happen to know a whole lot of animators in this industry in this country and these guys are really passionate, they’re fast learners. South Africa can really turn out some really really good stuff and I’m very pleased to be among those people as well. So I think it can only go up from here. Let’s see next question  which i think might be the final question…

What else can we expect to see coming from Animation Critique?

Were hoping to include it in our critique so you can see how principles would work within your particular video that you’re doing, so that should be very good ,and then something else. I’m super excited about this one called but it’s almost a “why is it good kind of video” where we critique up and coming animated films or animated whatever, that’s coming out, the high-quality stuff. The reason I’m excited about it is because often it’s so easy to look at bad work and say “Well I know what’s wrong…the lip-sync is out…the elbows and knees are popping, it’s too floaty, it’s too jerky.

I can see what’s wrong, but often we can’t see why something is so good , it’s just good, why is it good? You can’t put it into words, but part of our job as animation directors is to make something good, so we have to be able to verbalize and explain how to get a shot up to being great quality. So we’ll be looking at shots like that saying okay “Well guys, this is why it’s so good!” so that people and younger animators can learn to look at something themselves and be critical about it and see why it’s good. Perhaps look at their own work and say “oh this is why I need to do this, because I want it to look that good”.

That’s why I’m really excited about that particular one that’s coming up. Guys, thank you once again Pixelsmithstudios for this interview, to all the animators out there around the world and in my home country of South Africa. All the best! I hope to see some of you, if not all of you either here on Animation Critique online or maybe in the workplace. Alright thanks again you guy, bye-bye now!

A big thank you again Darryn for taking the time to answer out questions about Animation Critique! If you would like to know more about the team and their service please visit www.animationcritique.com