We get to interview an awesome artist today, who also teaches at DAS: School of Art and Design. He also hosts a few courses on Udemy.

On top of the above, he is a very patient person, I’d know because I forgot to reply to him before writing up this interview.

Let’s jump right in and get cracking. 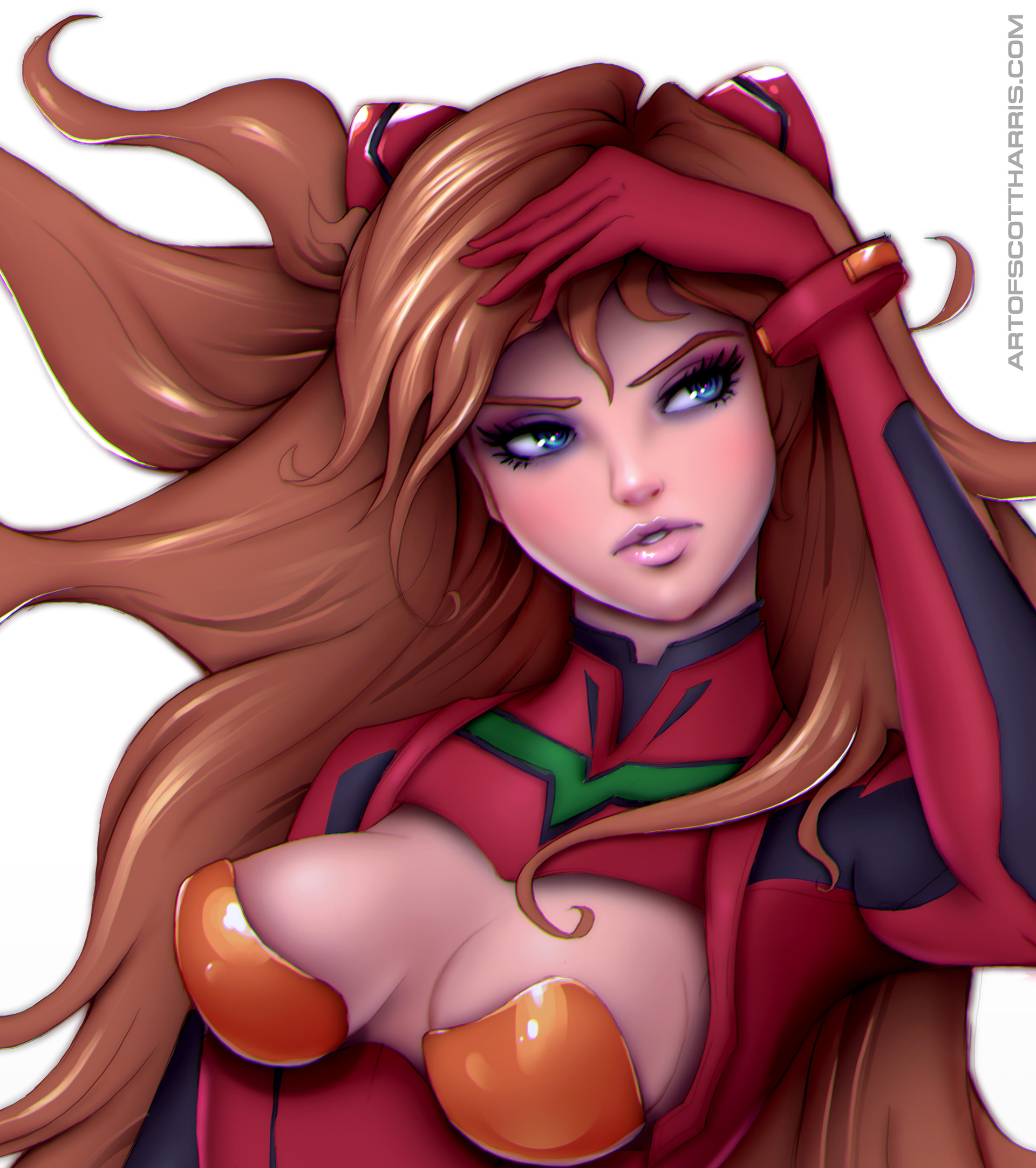 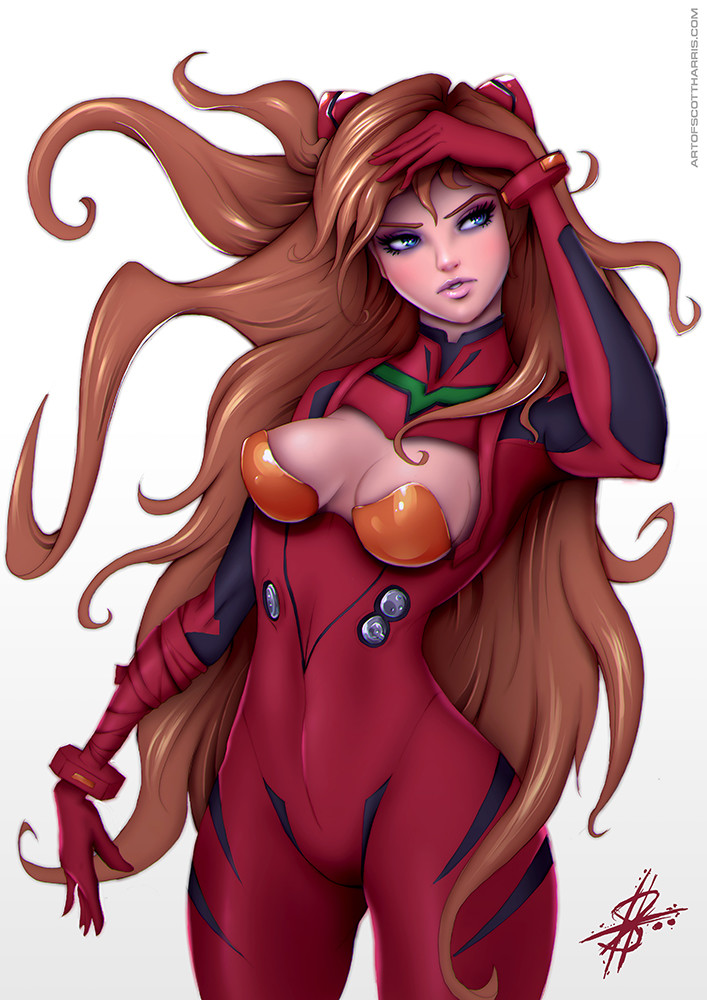 Please tell us who you are and where you’re from

Cool! So my name is Scott Harris, Soli Deo Gloria, I am from Johannesburg South Africa, more specifically the West Rand (Shout out to Florida Park and Discovery!). I am a big fan of art. Especially character art!

You could say I’m kind of between jobs – all the time! I’m involved in a lot of art related things, from working on art for clients, running DAS, building new courses and online classes, to working on my own projects, and pursuing an endless stream of fanart I’d like to do. I guess the short version would be “art”, but the reality is that I do a lot more than just art related things day to day. Like play Street Fighter, de-rank in Overwatch because the matchmaking system is still terrible, and quite a lot of business administration on the side. I do however have those days of sitting in a coffee shop, drawing in a Moleskine and pretending I’m a Hipster in Cape Town, but the real work gets done in my office in 12 hour stretches. I have an Apple Watch now so I probably won’t die of a Heart Attack for sitting that long – well, maybe I will, but at least the watch will let me know before it happens!

Which artists have been some of your biggest influences on your career path?

By far the biggest influence to me is Samwise Didier (I love you Uncle Sam!) – I was in 6th grade and I saw his sketches in the Warcraft 2 game manual, and it dawned on me this was a “thing”, like, you could draw amazing things for a living. I loved (and still love) his style, the chunky look – a look that has essentially defined Blizzard, along with other great artists like Chris Metzen, Arnold Tsang, Glenn Rane and more. I know you may be thinking “But your work doesn’t look like that style at all really” – I know haha, it’s a shame!

In terms of concept art and video game illustration, I’d have to start with Feng Zhu, particularly his work up until around 2005. I love his character designs from back then! Syd Mead, Sparth and Ryan Church are legend to me. More recently, Paul Kwon’s amazing merging of Western and Asian stylization, and Luke Mancini’s effortless painting blow my mind daily. I also love the work of Cory Loftis, particularly his Wildstar artwork. Then, I cannot go without mentioning the amazing James Paick and Noah Bradley, whose environment paintings are the stuff of myth! The oft mentioned Tetsuya Nomura has also been a big influence – particularly his work on Final Fantasy X and Kingdom Hearts. Finally Yoji Shinkawa’s work, so intensely full of style and determination.

In terms of the world of comics and illustration, Kenneth Rocafort, J.Scott Campbell, Joe Madureira, Michael Turner and Jim Lee have been huge influences. I’m also one of the Stanley Lau faithful, being fortunate enough to watch him grow from an unknown to a big-name artist. I also love the work Lois van Baarle (Loish) and Eric Canete – this dude… this guy knows the secrets!

In terms of animation, Glen Keane, Brad Bird and the nine old men of Disney have been massive influences – I guess my work doesn’t directly show it, but so much of them is in there, the inner workings and thought process. Also, I couldn’t forget Don Bluth, The Secret of Nimh just fuelled my love of illustration and expression.

In terms of Manga, Ogure Ito remains my number one Japanese manga artist – his work on Airgear is brilliance.

Finally, historically I would say (in no particular order) Alphonse Mucha, Andrew Loomis, Frank Frazetta, Michaelangelo, Monet, William-Adolphe Bouguereau, Da Vinci, Albert Bierstadt… many great realists realists, and so many more of them I cannot think of right now!

I’ve probably forgotten many, many artists in each category, but suffice to say I have very broad tastes and am constantly humbled by the skill of those around me. 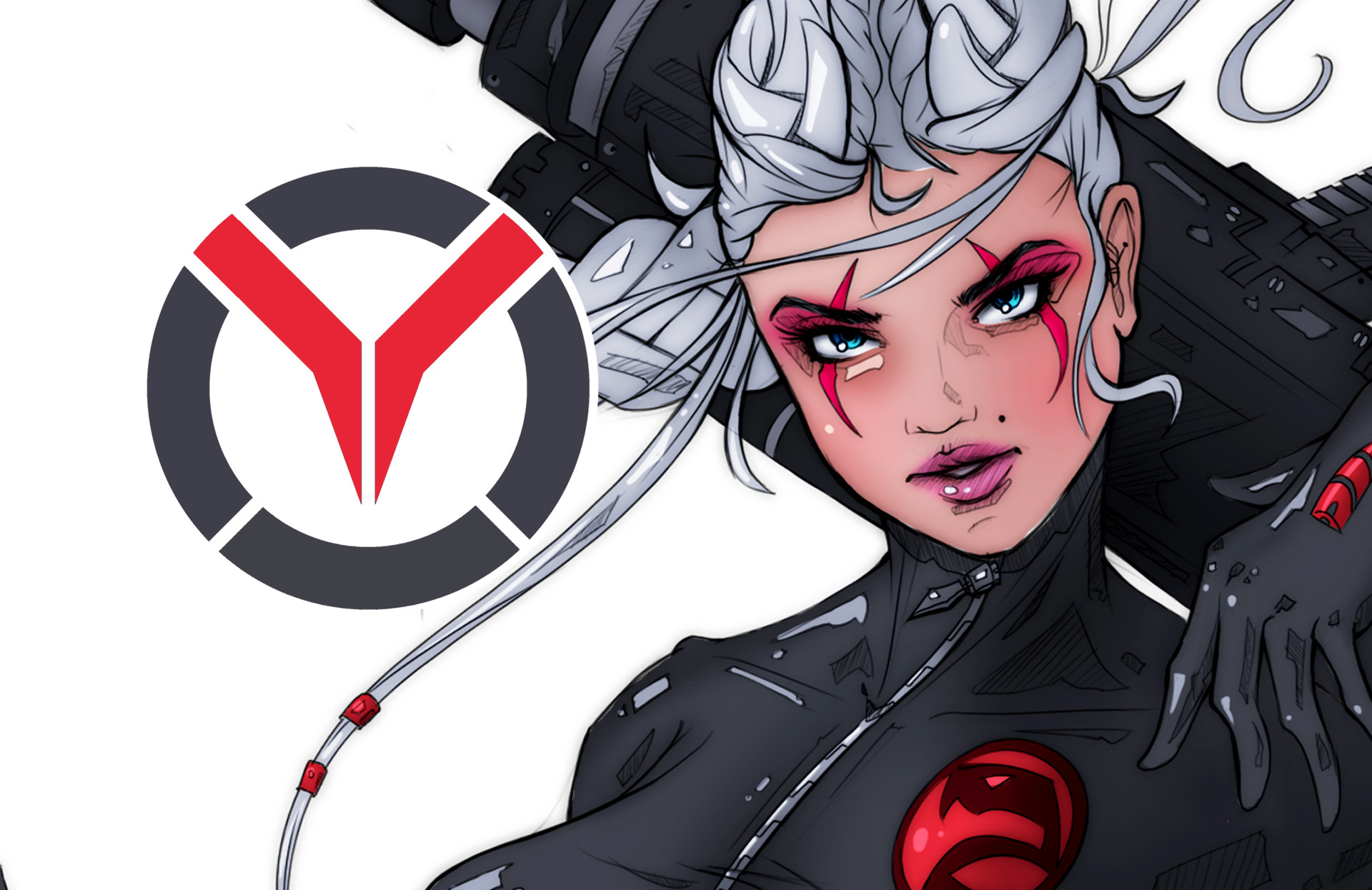 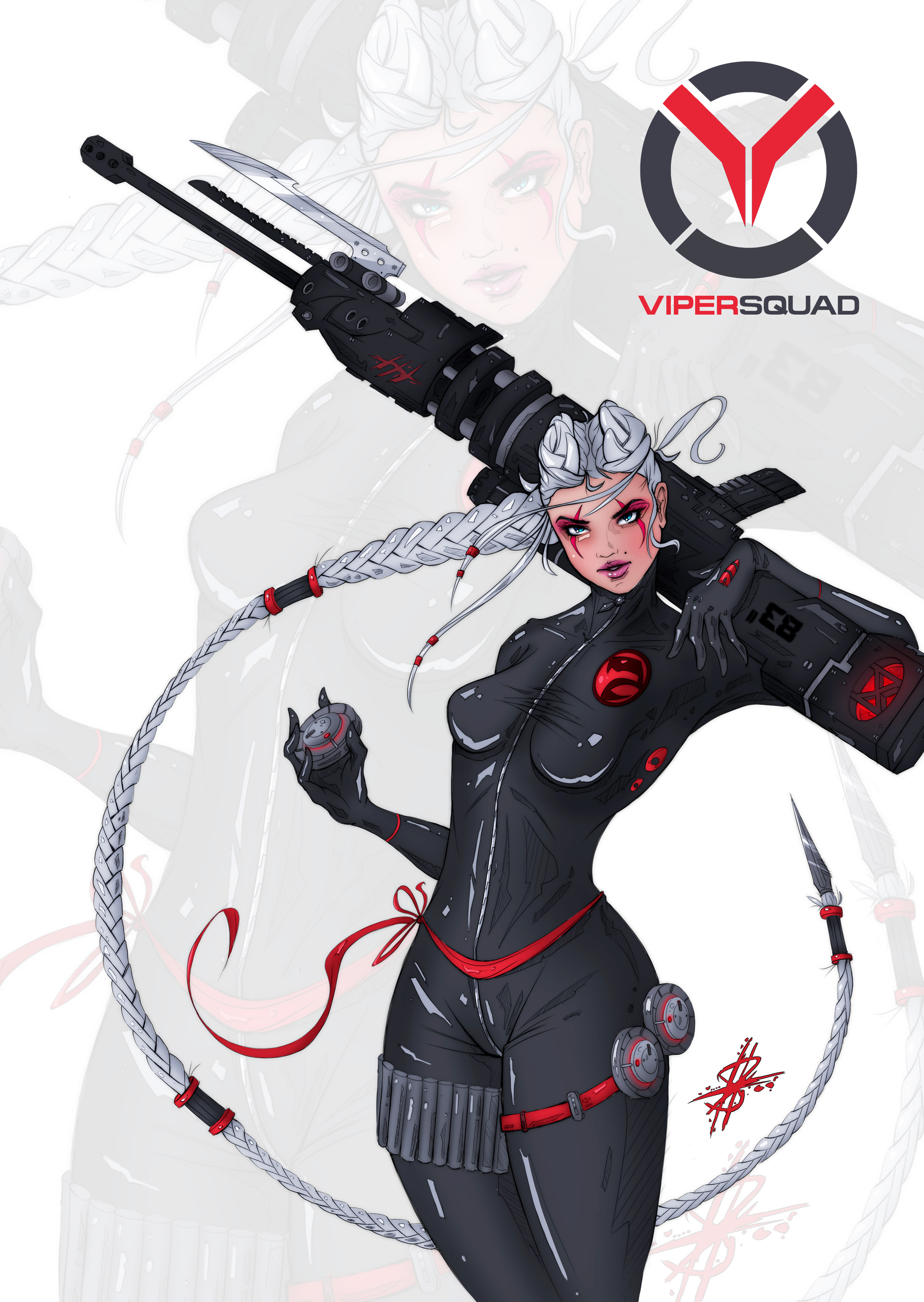 I’m going to have to go with 100% Arabica Cappuccino.

Which artist would you say, made a big impact on your career in your art style?

This is a really tough one, I’m going to have to list more than one!. In terms of the direction I tend to gravitate to, I think those artists would have to be a radioactive mix of old and new: Glen Keane, Kenneth Rocafort, Paul Kwon, Stanley Lau, Arnold Tsang, Glenn Rane, Andrew Loomis, Frank Frazetta and Ogure Ito. I don’t quite know why, but I really gravitate towards character illustrations, with slightly exaggerated proportions and stylistic features borrowed from both Western and Asian illustration styles, with so many influences from the above artists. Wow, that’s a long sentence!

What are some of your favourite time killers when you aren’t in the office behind a monitor?

I love cinema, listening to film scores, treating Exclusive Books like a public library while drinking their cappuccinos, destroying drawings with my poor Copic marker skills, and vacuuming. Aristotle called vacuuming an “Emotional Catharsis”. That’s not a direct quote. 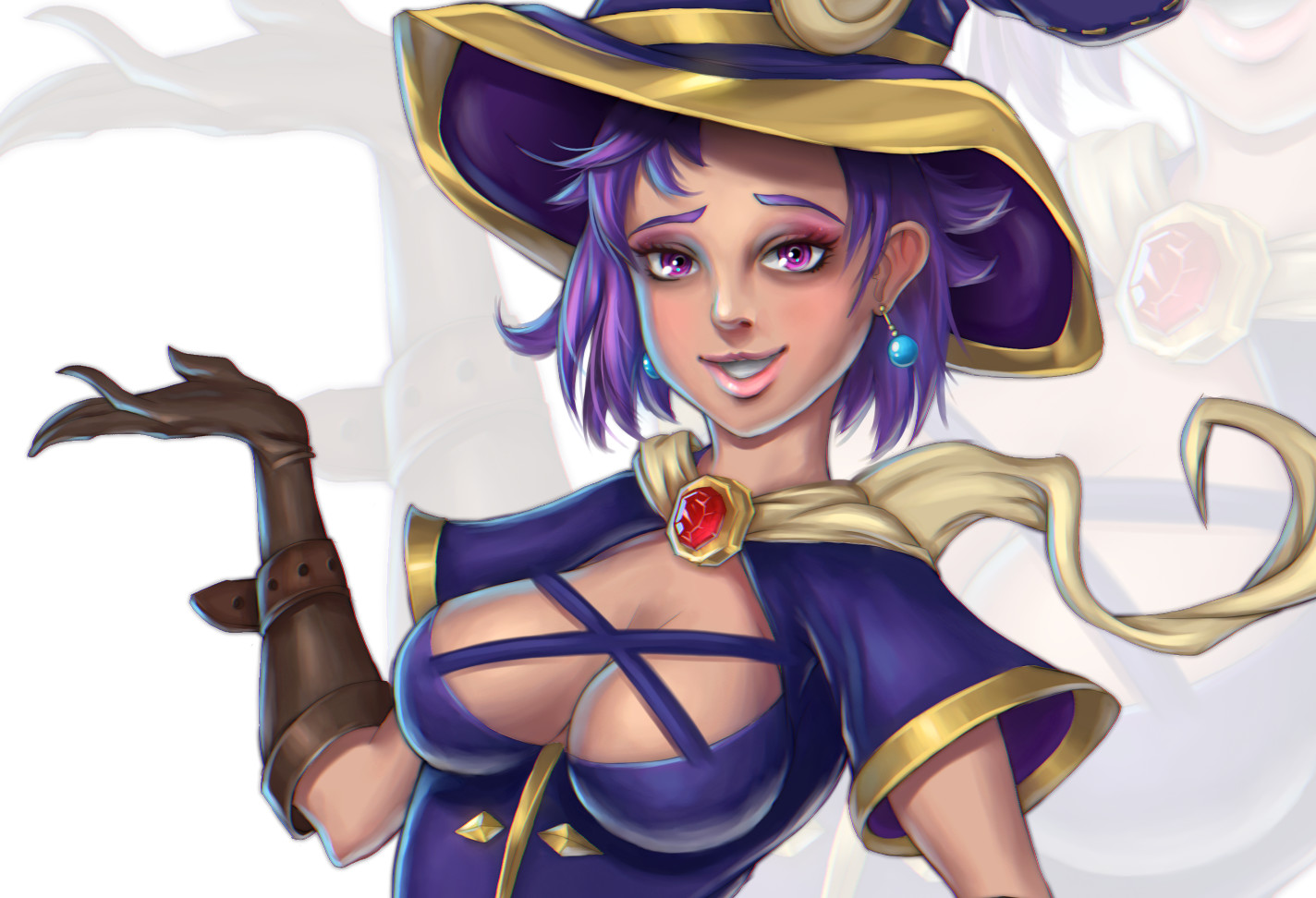 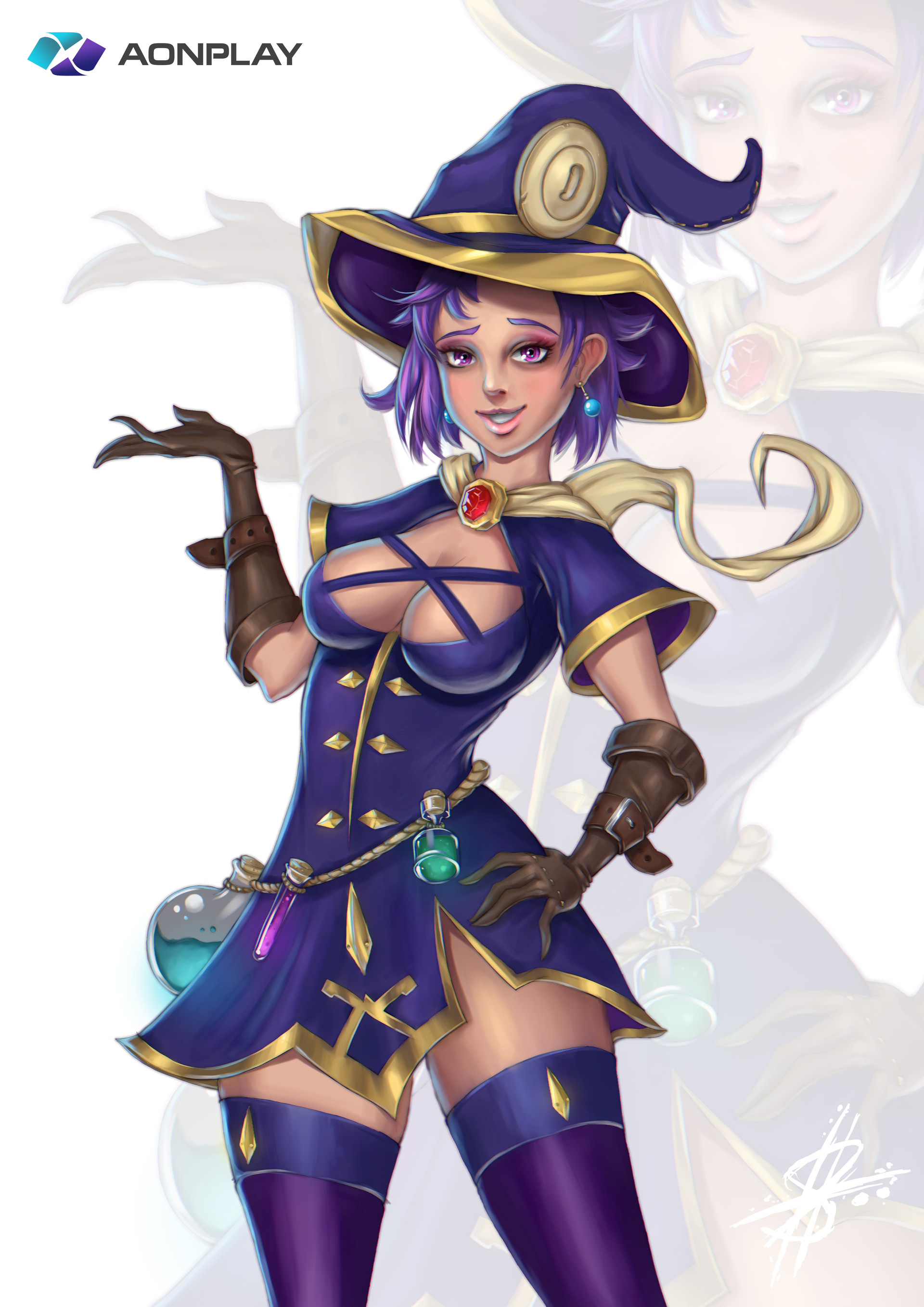 What’s your opinion on having multiple soft skills, but having two main skills as a speciality in digital art?

I think constantly learning new things in art is good, but specialising in something, whether one or two, is going to be the most beneficial in terms of in-studio work for films or games.

I do feel a lot of artists starting out want to be masterful at everything, but the reality is that this is quite challenging. Personally I don’t know many good artists who truly are masterful at more than a few things. I think I would add that in today’s world, it seems like a good idea not to just be an artist alone either – many other non-art skillsets can also be of immense benefit to your artwork and your life. Some things that come to mind include an understanding of User Interface Design, 3D Modelling, understanding Narrative Structures, Cinematography, and more.

Please tell us about your courses on Udemy.com

Udemy is a fantastic learning platform, it allows instructors and teachers to have global reach, and impact many more people than they could in just their locality. On Udemy I have four courses, two short courses, one on Art Fundamentals that is primarily theoretical, and another on learning digital art tools, using Photoshop as a base. These are great primers for people new to art and working digitally.

My other two courses, Character Art School: Complete Character Drawing and Character Art School: Complete Character Painting are in-depth 10 and 5 week courses respectively, covering character drawing and painting extremely comprehensively. I worked for more than two years on their curriculum, designing them to be efficient, clear, and hopefully the very best character drawing courses in existence. They even have art theories that challenge existing knowledge in them! So far, there are more than 15000 combined students (There’s a lot going on in the Q&A section daily, that’s for sure!).

I’m really enjoying teaching on Udemy, interacting with my students, and journeying with them as they pursue their goals in art. I may need some TA’s soon though! 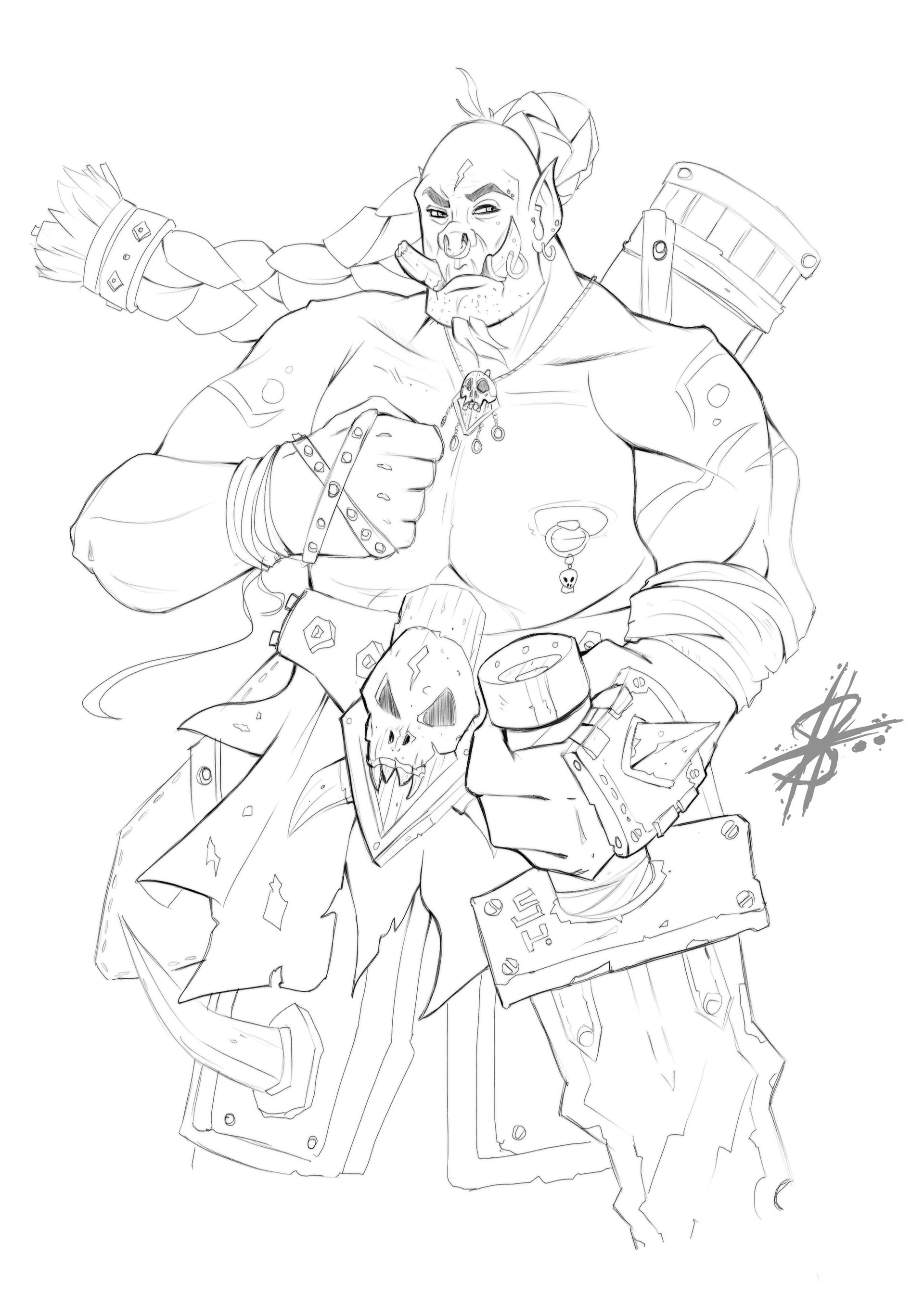 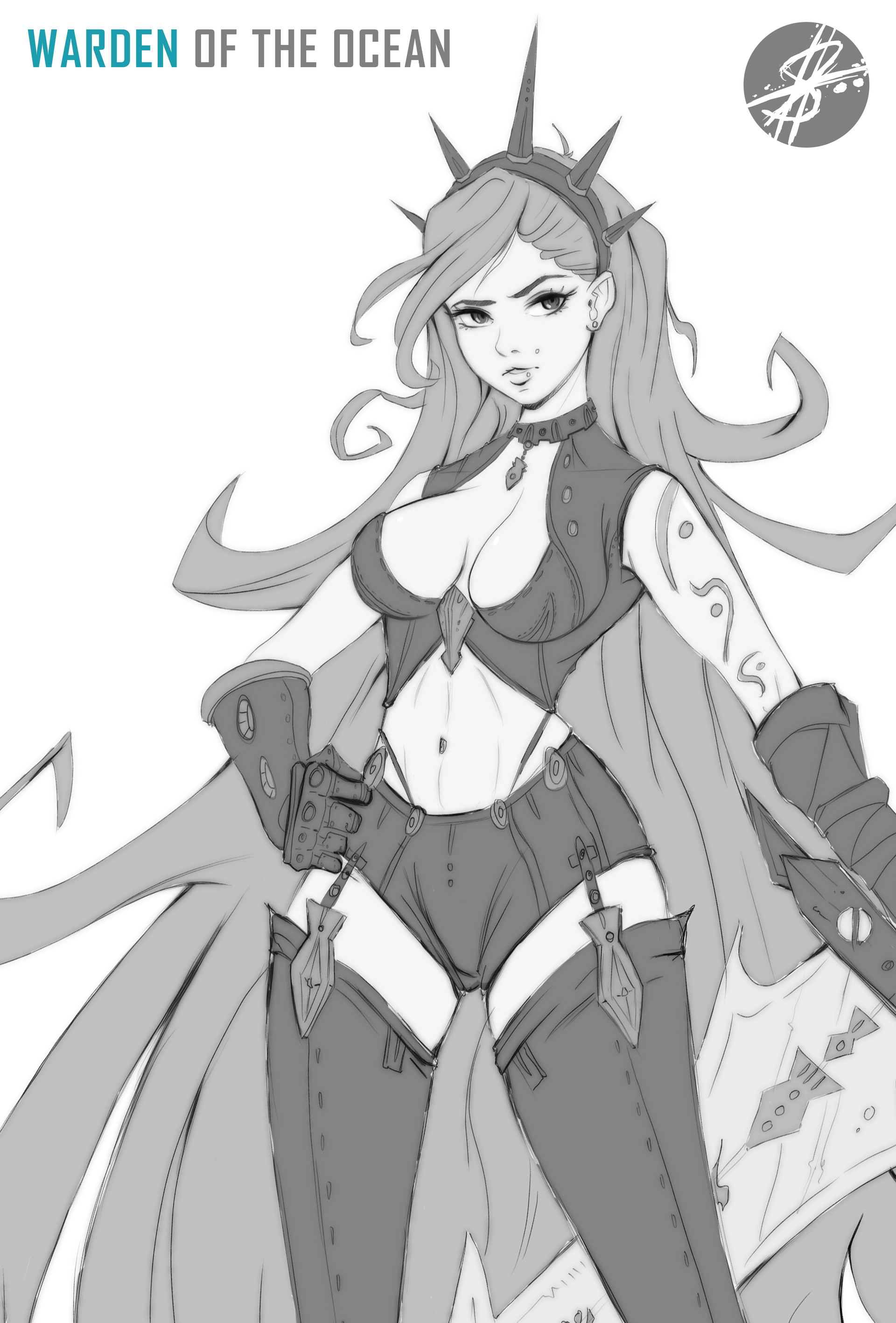 Please tell us about your work at DAS: School of Art and Design

At DAS I serve as an Art Director, taking our full-time students through a 4 term curriculum on Entertainment Design or Advanced Portfolio Development, depending on which course they have enrolled in. I must say it is pretty hard work, but extremely satisfying. Depending on the term, I teach everything from Complete Anatomy, to Perspective and ID, to Light and Color, Environment Painting and more. Our curriculum is pretty hectic, but I benefit too – teaching is one of the best ways to learn!

If you could be any super-hero or villain, who would you be and why?

I’d be Neo, from the Matrix. He see’s the Truth, and he acts. What I love about Neo is that he is initially aloof, and believes he understands life and the world, until Trinity and Morpheus free him and reveal the truth of it all. Empowered by this, he no longer “lives” in the Matrix, but works within the Matrix, saving people from this false reality. He knows the Matrix is a lie, he isn’t afraid of it, and that makes him dangerous. Super cool!

Crème Caramel. I love that stuff!

Would you say daily drawing exercises are vital to getting better as an artist? (I’m asking because I carry a sketchbook and pencils with me EVERYWHERE I go.)

As long as the daily drawing exercises are based on intentionally learning something, and have a foundational theory behind them, then yes (I say this with regards to imaginative drawing). The goal must always be to reach a point of understanding and then move onto learning the next thing. However, there is a popular opinion that “just keep drawing stuff” will make someone better – that is unfortunately untrue. All work needs to be based on solid theory, there needs to be intentionality and a goal in the exercises so that eventually one gains the understanding they are striving for. 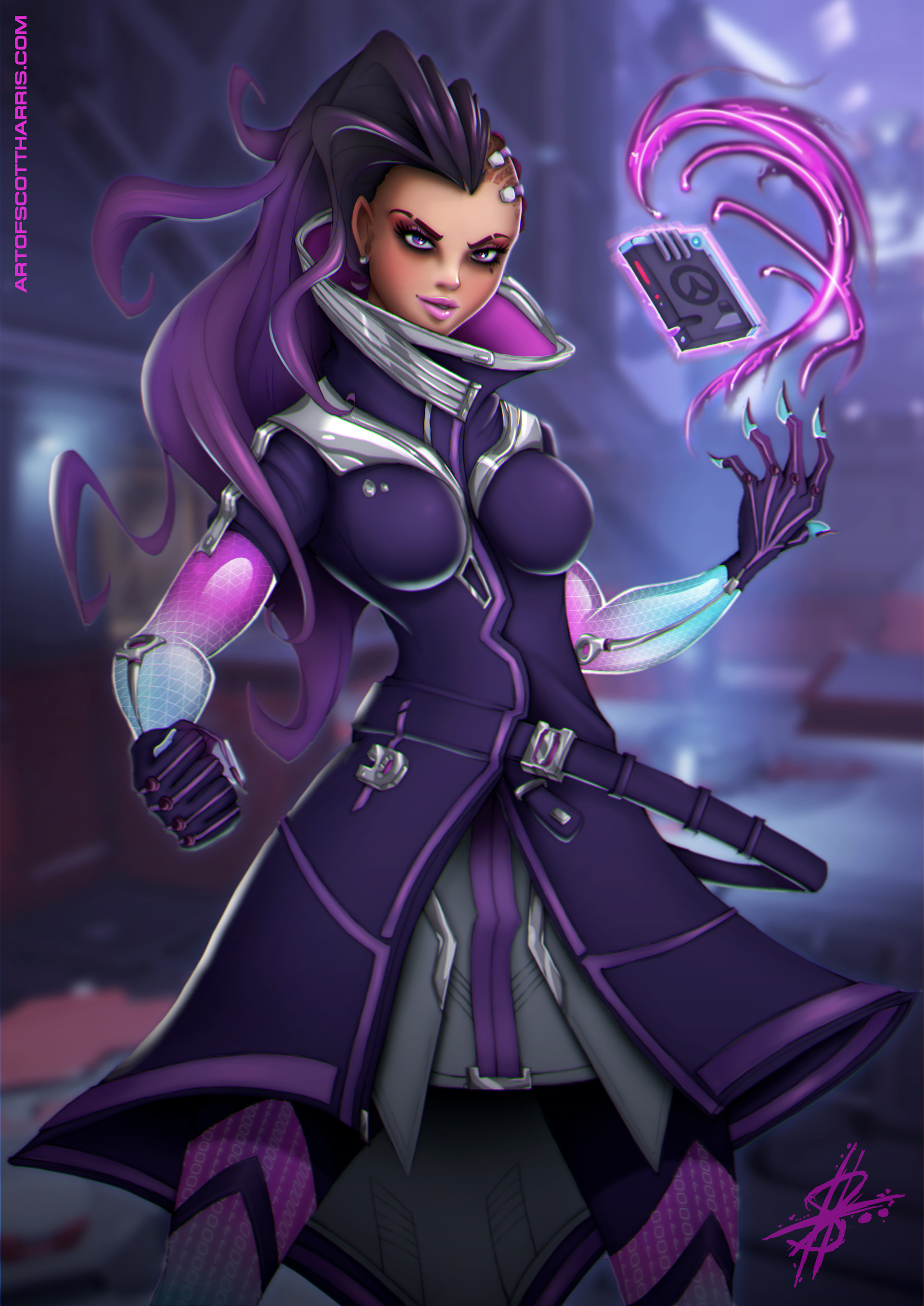 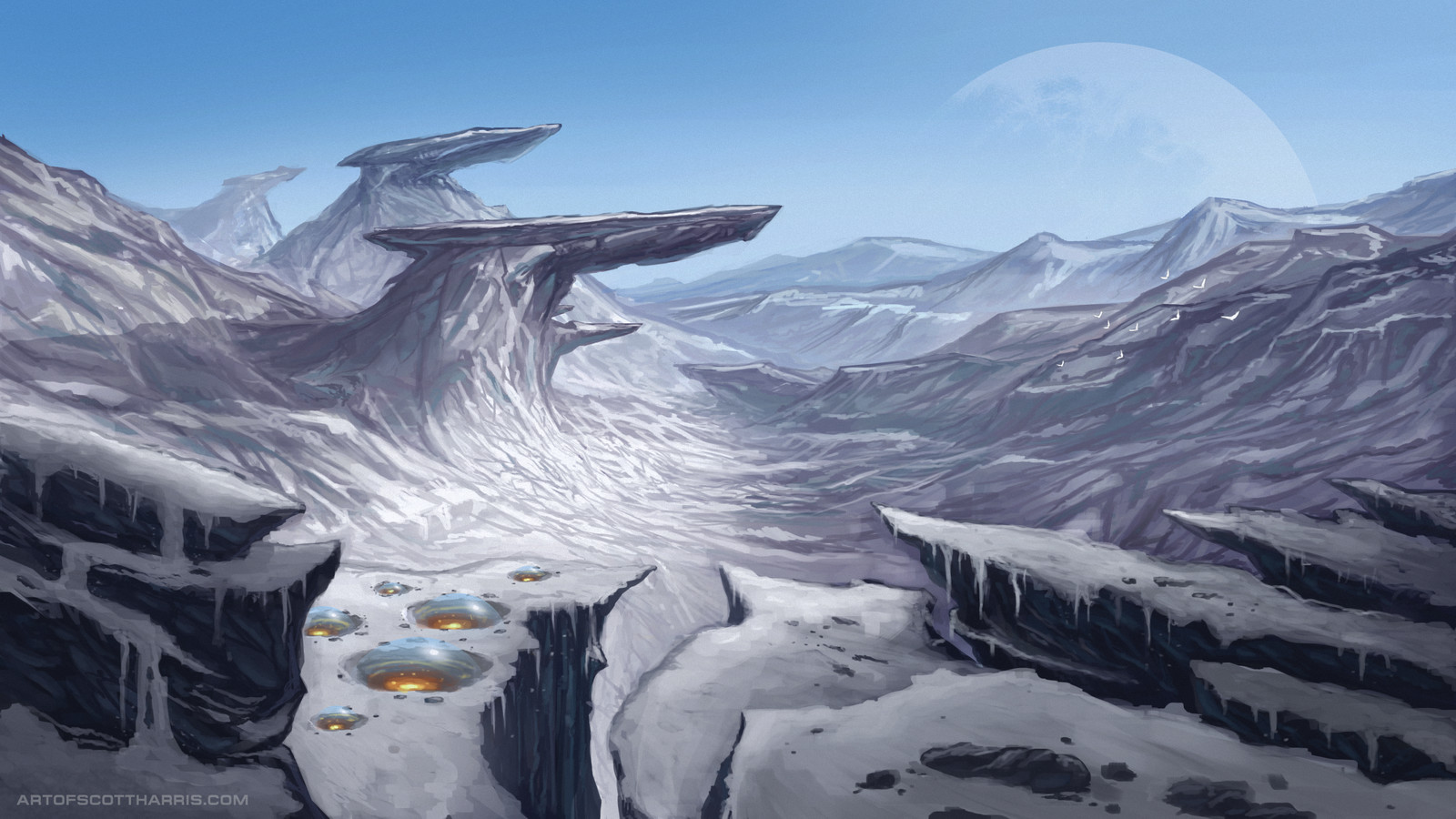 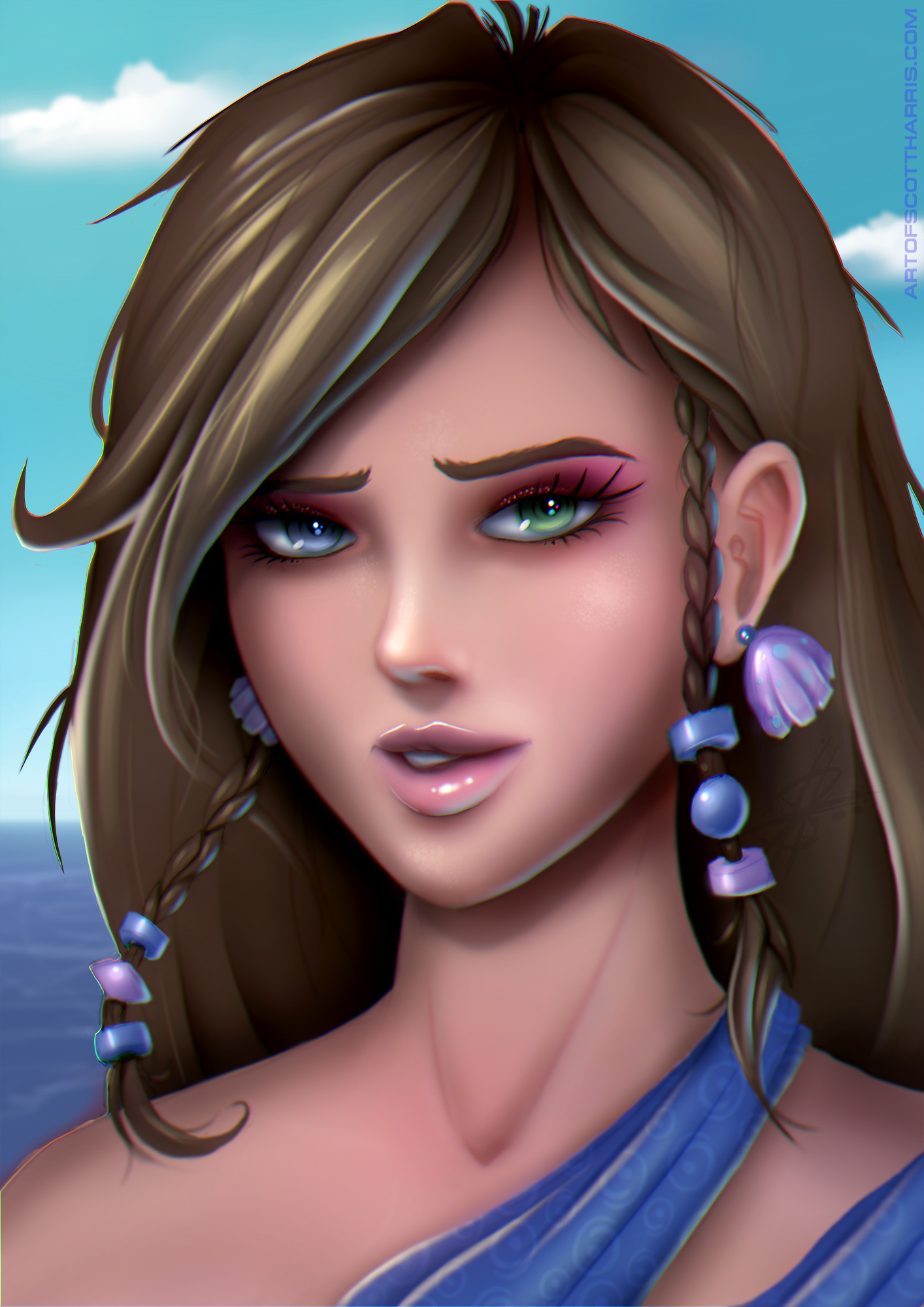 If we want to find you online and follow you, where can we look you up?