Cape Town was host to the first ever Cape Town Comic Con – Fan Con 2016 and it was one of the best events to date that ewe had the privilege of attending.

We met Comic Artist Ian Churchill, creator of MARINEMAN and an artist with extensive experience working for names like Image Comics, DC and MARVEL. We asked if we may have him on our blog and he said yes!

Have a look at the interview below! 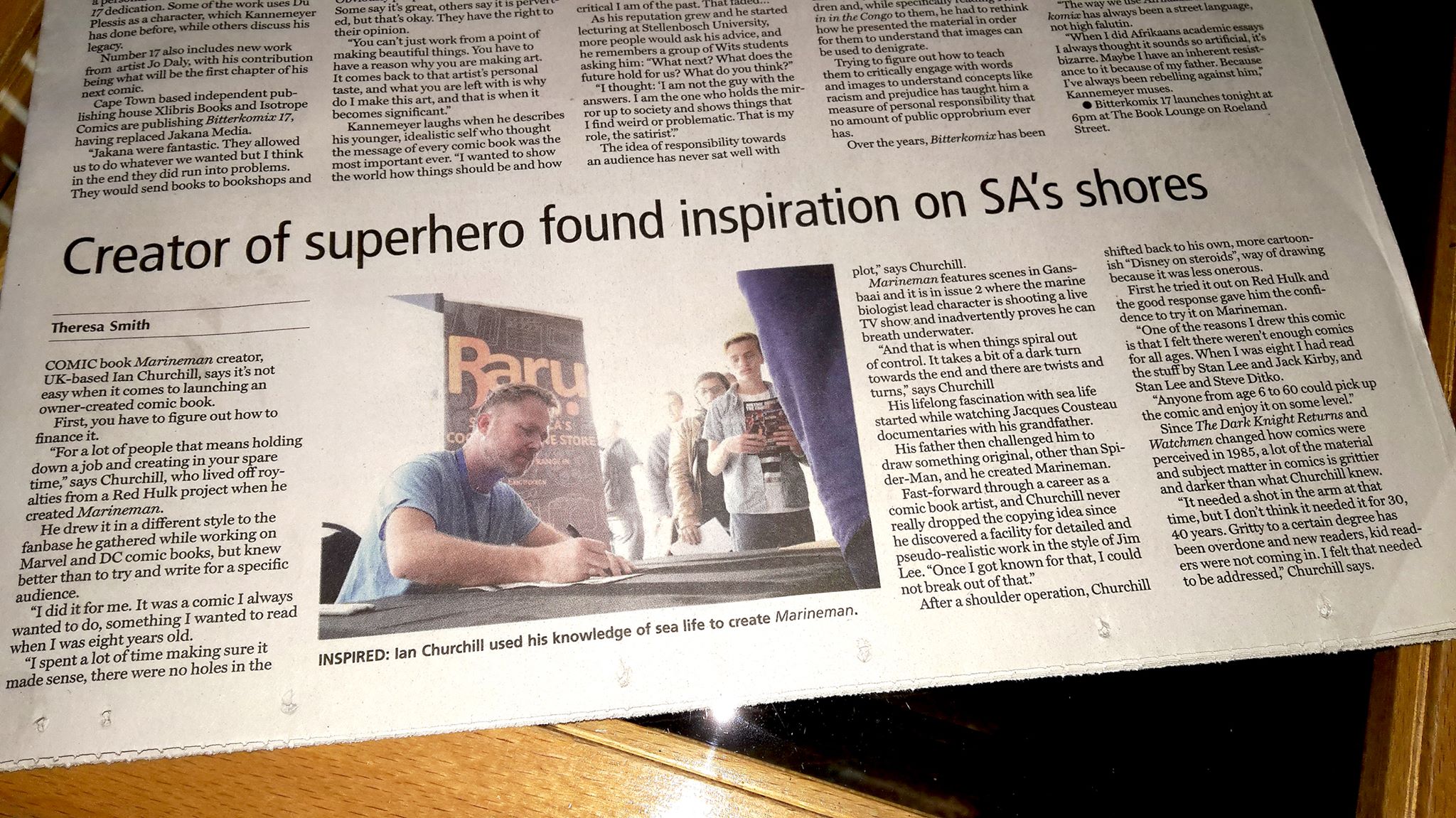 Please tell us who you are and where you’re from

My name is Ian Churchill and I live in the UK.

Please tell us about what you do

I have been working in the comic book industry for well over twenty years as a creator, primarily as a penciler but more recently as a writer, inker and colourist too. 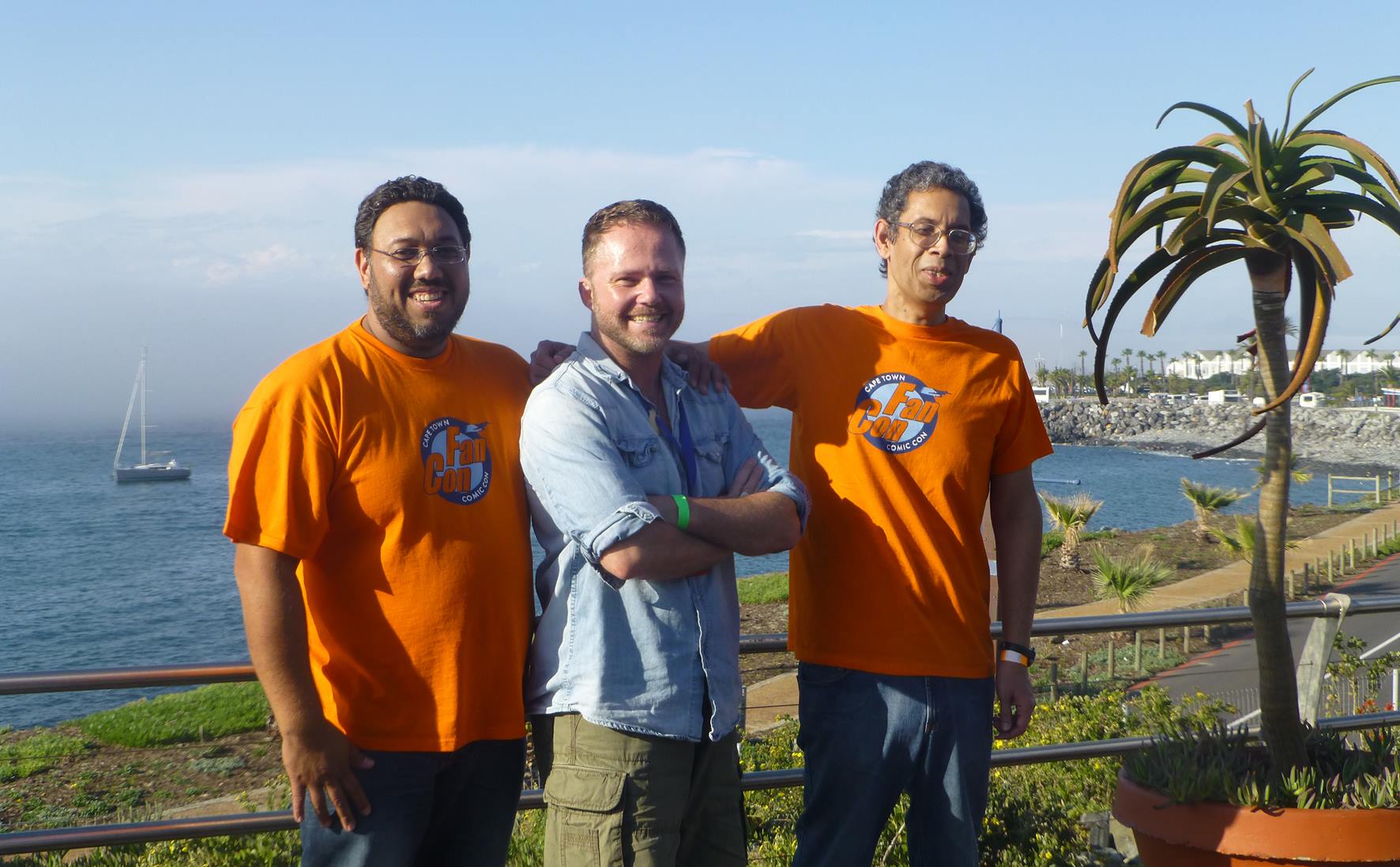 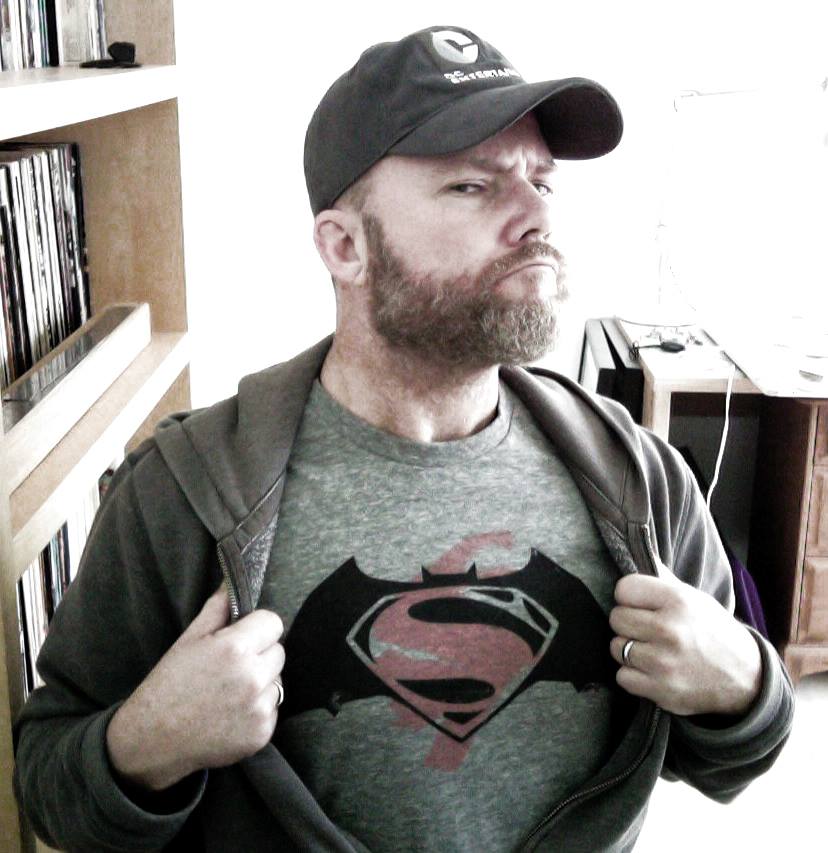 Recently I met you at Fan Con in Cape Town and you were one of the speakers at the event. What was your favourite experience at Fan Con?

My favourite part of the con was the experience itself! It was genuinely one of the best cons I have attended in the last fifteen years. So many cons these days focus heavily on pencilers turning up and sketching all day without the time to interact properly with readers – Fan Con got the balance just right in my opinion.

I did a bit of sketching, I signed a LOT of comics which is what I enjoy most – chatting to readers and signing their comics – and did a number of panels which I also enjoyed. I got to meet a whole bunch of creators I’d never met before and all in, hands down, the best venue I’ve ever been at – with the added bonus of the ocean right on the doorstep! Magical!

What has been your favourite project to work on in your career?

My creator owned project – MARINEMAN. An underwater character I created when I was eight that I finally got to publish at Image Comics in 2010. I’m currently working on the the follow up to it when I have spare time. In fact part of the initial story line, ‘A Matter of Life and Depth’ is set in Gansbaai, South Africa, which made this particular show even more relevant to me. 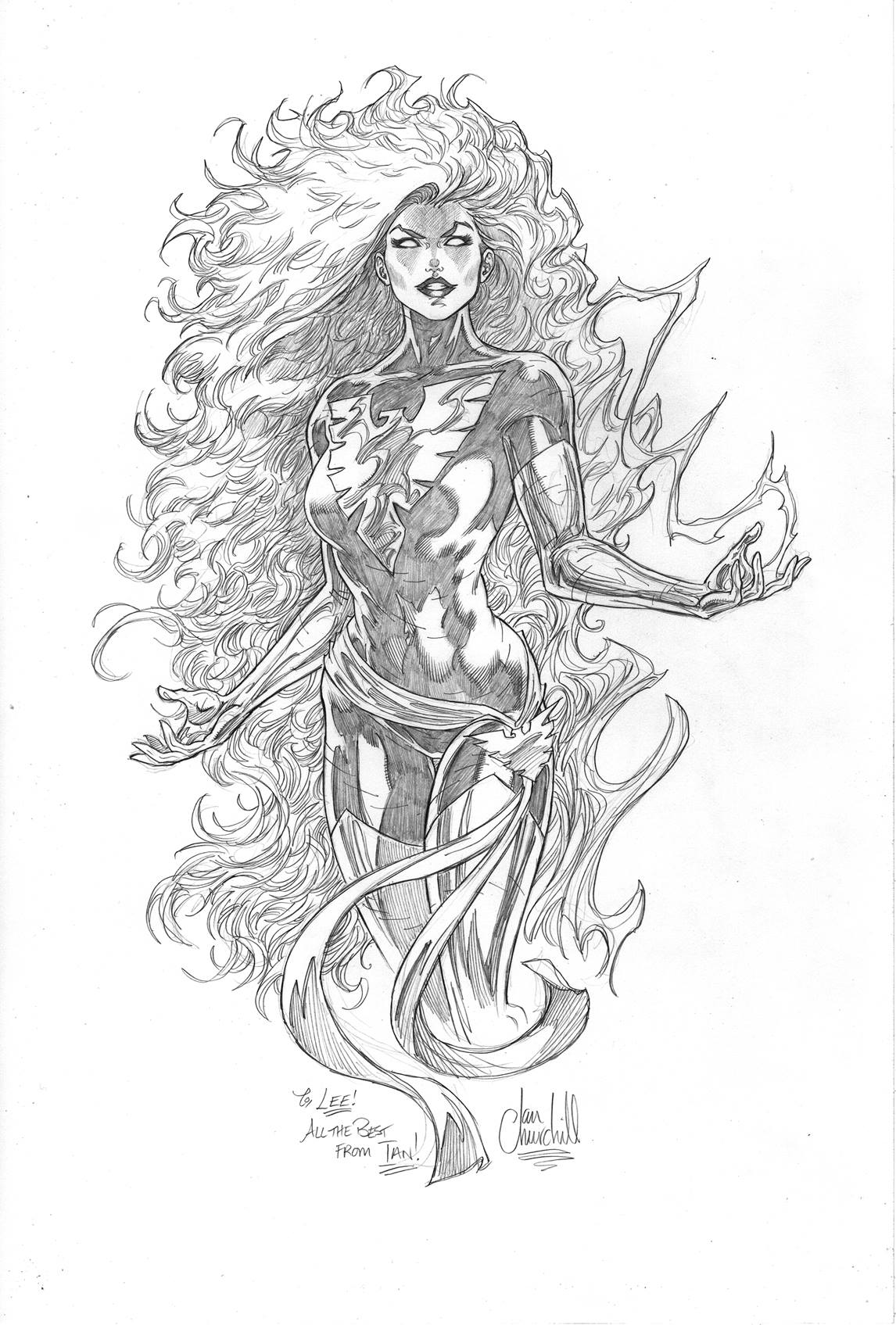 Did you have a chance to explore around Cape Town and see some of the sights and try some of the local cuisine?

I did. My wife and I went cage diving with the great white sharks in Gansbaai with Mike Rutzen’s outfit and enjoyed some lovely seafood while we were there. When we returned to Cape Town we spent a fair amount of time enjoying the sights and sounds of the V&A and took a long walk around the windy city. Truly spectacular!

What was your funniest experience in Cape Town?

Posing with the Deadpool dollies cosplay at the show was an unexpected treat! 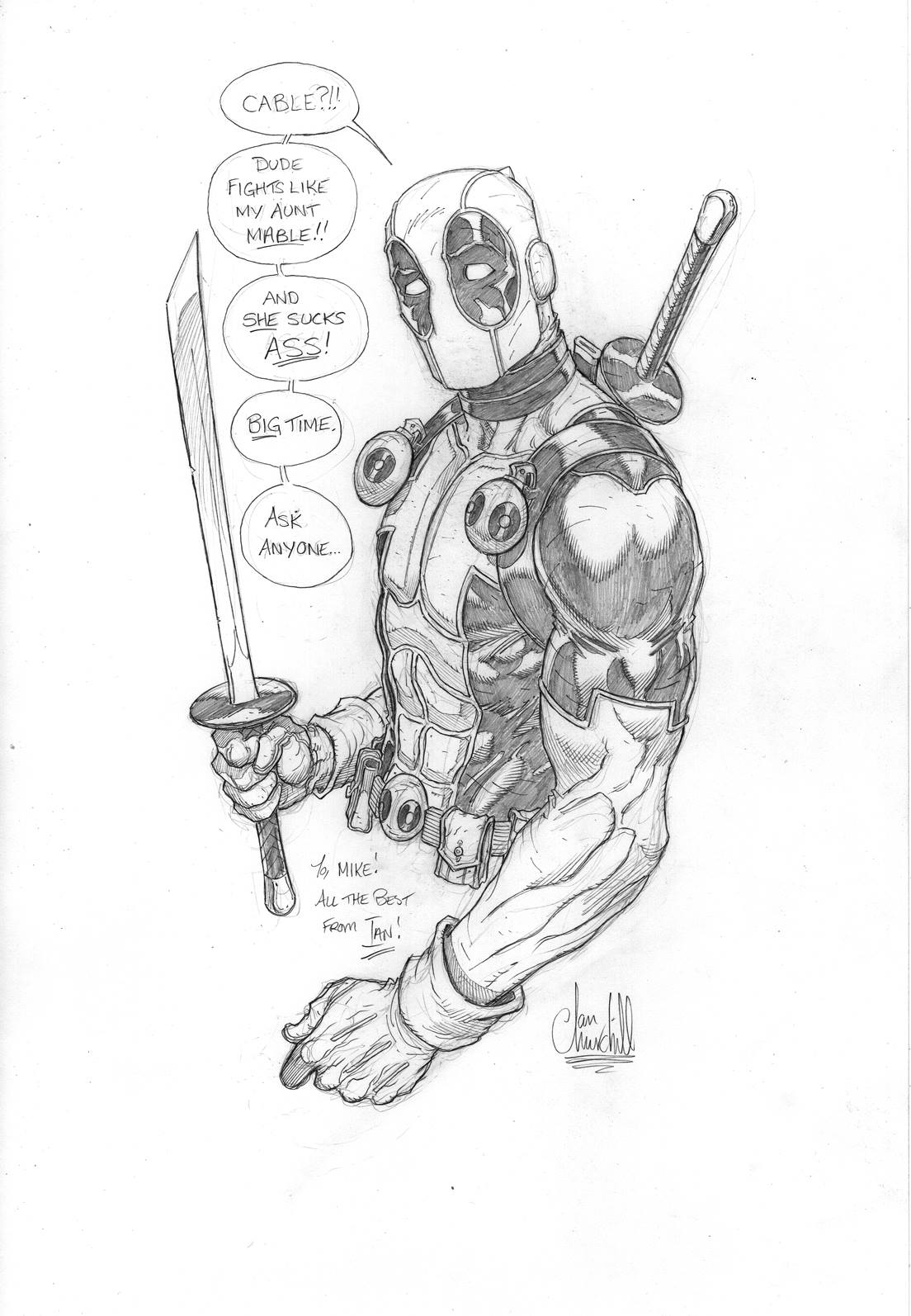 During your talks on stage at Fan Con, you had a lot of thoughts that you shared and some of your wisdom. One of my favourite moments was when you told us how you made your break into the industry.

Will you please retell that event here for this blog post?

There was a recession on in the UK and I’d just been laid off from my graphic design job so I whipped up a few storytelling pages of a Captain America story I’d cobbled together and set off to a Comic con in London in the early 1990s.

I was watching visiting editors review portfolios but didn’t know who they were and so got into the line of the person who made the most sense to me in his appraisals of other hopefuls. I had a conversation with someone in front of me about how nobody ever gets hired at shows anymore to which he replied “Jim Lee got hired at a show…” – at which point he was up to show his stuff.

He got reviewed and was sent on his way so then it was my turn to step up. I showed the guy my pages and he went a little quiet and thoughtful and asked if I was getting any work. I said no and he said that he might be able to change that for me and did I have any copies of my pages that he could take back to New York with him! It didn’t occur to me that he might need copies so I told him I didn’t have any but I could get some and that I’d be back!

There was a student union building across the street that had a photocopier so I ran over there to rattle off some copies, all the while trying to find a pay phone (this was way before cell phones!) so I could call my brother and tell him what was happening! I got back to the show and had the presence of mind to write my contact details on the reverse of the copies, handed them over and thought no more of it.

It was later while sitting on the wall outside in the sun with a beer when it dawned on me that I hadn’t even asked who the chap was! As chance would have it he walked by me as I was holding that thought so I tapped him on the shoulder and asked who he was to which he replied, “I’m Bob Harras, I’m the editor of the X-Men.”

I was blown away! I had to perform a fake assignment to prove I could hit a deadline, which I did, and then was handed my first professional gig which was a Beast back-up story for an X-Men Annual written by Scott Lobdell. Totally surreal! I’ve had consistent work ever since.

Note from us at Pixelsmithstudios:

This is why it is important to go to conventions – you meet people and you just might land yourself some work.

Will you be coming back?

We’d definitely like to have you back here for future events but most importantly, coming back for a holiday to relax and experience what we have to offer.

If I’m invited back to the show then yes, I’d be back in a heart beat! As for coming back for a holiday, my wife and I were talking about that before we’d even left South Africa!

What motivates you every day to get up and do the awesome work that you do?

The cynical answer would be the same motivation that gets everyone up every day, to earn money to pay the bills. I think that’s something we can all relate to but the fact that I get to draw superheroes all day to pay those bills still has me pinching myself to make sure it’s all real – even after all this time. So, love of creating comics and superheroes would be my real answer and then coming to shows like Fan Con to have readers tell me that they like, enjoy and appreciate what I do – it doesn’t get much better than that!

Do you have any platforms that we can follow you on?

I’m not on Twitter yet or Instagram, but I’ll be dipping my toe in those waters soon…!