Hi guys. Firstly, you had an awesome short that you put up for us to view. We really loved how the animation played on our emotions and kept us glued to the screen with thoughts on what comes next. Bravo
Thank you for allowing us this chance to feature your work and your team! You’ve had phenomenal success online with this video so far and we are certain that this is only one part of the beginning for great things to come!

Please tell us about the experience that lead to your team eventually deciding on this story above all the rest. What made you decide this story will be the best idea to work on?

Deciding on a story was one of the most challenging aspects of making Aurora. It was a process that was carried out for almost 8 months of our production. From the beginning, we all knew that we wanted to make a story that had a bittersweet ending. Since it was something we were all dead set on, we were able to mould every story variation around that, it essentially became our cornerstone. We learnt that story is the most important part of any film, yes, the visuals are also very important, but if you don’t have a story that grips your audience, no matter how incredible your visuals are, it won’t be a film that people would choose to watch for a second time. We wanted our audience to feel deeply moved by what we portrayed. We were lucky enough to have Alexandre Heboyan  in close contact to help streamline and improve the story of Aurora.

We started to form our team from first year at the Animation School. We knew that team bonding and integration was an important part of the process. We made an effort to spend time together, bouncing ideas and stories off each other. We got to know everyone personally, because we wanted to break through the barrier of just being “co-workers”. Before we knew it we became a family, going on holiday trips together to Plettenberg Bay, going out for dinners and beach trips. By the time we got to third year, we knew we had a something special purely because of the bond we all shared, and this really helped carry us through as a team when the pressures and difficulties of third year struck. We once created quarantine section for Grant because he was sick. We decided to wrap his entire desk in tin foil. He enjoyed unwrapping that. We managed to watch a meteor shower from the third year deck one chilly winter’s morning. Crazed laughter was often heard around 3 am, usually caused from little to no sleep, or because it had been a week since we had managed to sleep in the comfort of our own beds. We even had a resident troll, who slept under his desk for 7 months only emerging to work; his diet consisted of potatoes and coffee.

Q:
We read the article on Animation SA about Aurora and it got us wondering, how did you get the clouds done so well?

At the animationXchange, you showed us videos of you shooting ink into water and recorded the effect in a room. This is really creative and quite impressive that your team went to these lengths for this effect.
A:

Our original plan was to use Houdini to create cloud systems for Marco to sail through. After many tests, it came down to the technicality of using this method combined with an aspect ratio of 1920 x 1080, we knew we had bit off more than we could chew. With the deadline looming we had to quickly come up with an effective plan B. Luckily two of our members attended Annecy 2015, and had a chance to watch a film named “Adama”. The film relied heavily on practical effects to create natural elements such as dust and water. This gave us the idea to start looking at what we physically had around us, instead of relying on CG to achieve the clouds. That is where the idea to shoot ink in water was born. Vigorous testing was done to find the perfect consistency for the ink coupled with a Canon 5D Mark III camera, we were able to generate a library of mesmerising results. This was then comped over our renders to achieve our final look of Aurora. We took a chance by choosing to do this so late into production, but we were all thrilled with the results, and felt like it took the short to a whole new unexpected level.

Grant Jacobs: I was the Lead Asset Modeler, Texture artist and Shader on Aurora. The most challenging part I would say was having to, at the last minute, adapt to Arnold after spending months learning Renderman.

Tyla Koen: I took on the role of lighting, rendering and NUKE compositing along with production planning. Initially we decided to light and render Aurora with Renderman. I invested a lot of energy into learning the software, and it became increasingly difficult to get the results to the level we desired for Aurora. We had minimal support when it came to rendering issues, we only had the Renderman forum for help as no one had utilised the software before. The most challenging part was having to scrap a software after months of tackling it. In the end we switched to Arnold, which proved to be the best decision. The look for Aurora finally started matching our vision.

James Mann: I took on the mantle of the director and soon found myself moonlighting in all other parts of the production. It was a big learning curve for me and I would often have to base my decision on what the group dictated more than myself. Directors should also be called peacemakers, as I often had to whip out some tea to calm down frayed nerves when things got tough.

Sam Hillebrand: My roles included animation, character modelling, rigging, and rope and cloth simulation. Rigging was my main role, which is always full of challenges. The most challenging and exciting experience I had was developing a custom rig for our main character, Marco. Knowing he was going to be the most active character in our short, I wanted to build a rig that would make the animator’s job as easy as possible. A lot of time and research went into his rig, I was really happy with the result.

Daniel Morison: I was the lead animator and previs artist. The most challenging part would have to be the constant story changes and revisions that we went through. I was creating a new 3D animatic on a weekly basis at one stage during the production.

Chris Thwaites: I played the role as CG VFX lead and did character and environment concept art adding to the pile of amazing art the team created! As VFX lead the most challenging part was definitely becoming friends with Maya’s nFluids and Houdini! It was like being a toddler in this whole new world at the beginning of the year. Trying to render out things in time while having license issues was stressful! But in the end James Mann saved the day by coming up with a hybrid between CG and practical effects which gave us this incredible mesmerising effect that you see in the film.

Who drank the most coffee?

Let’s just say that we were all on a first name basis with the guys down at Vida Cafe.

Marco_turnaround from Grant Jacobs on Vimeo.

Q: As a team, what was your favourite scene to work on?

That is a difficult question as there is more than just one. The most favoured scene also happened to be our most challenging and the heaviest when it came to rendering. It was the close up of Aurora’s face as she is dragged back into the storm away from her father. Because of how close she was to the camera and the length of the sequence, it took about a week to render out the entire sequence with all the adequate passes. We feel the same about the close up of Marco’s face as he sees Aurora for the first time in the storm. It carries so much emotion and mood. Another crowd favourite was the opening sequence of the wide angle shot of the boat sailing in the storm. We love the audible reaction the crowd has when the shot is seen for the first time, it puts smiles on our faces every time because we know the tears it took to put together!

What is the one part about your experience at the Animation School and working as a team on this short that stood out for you as a team and that will always stay in your memories going forward?

A: The sense of family closeness that was carried throughout the whole production process was incredible. We learnt just how much strength we all possessed. It was a time in our lives where we all had to dig really deep and preform under creative, personal, and team pressures. We had high expectations of ourselves and we learned just how far we could be pushed. We can all look back at Aurora and draw strength from what we accomplished. We pulled it off once, and now we know that we can do it again and again, in our current careers and those that in the future. 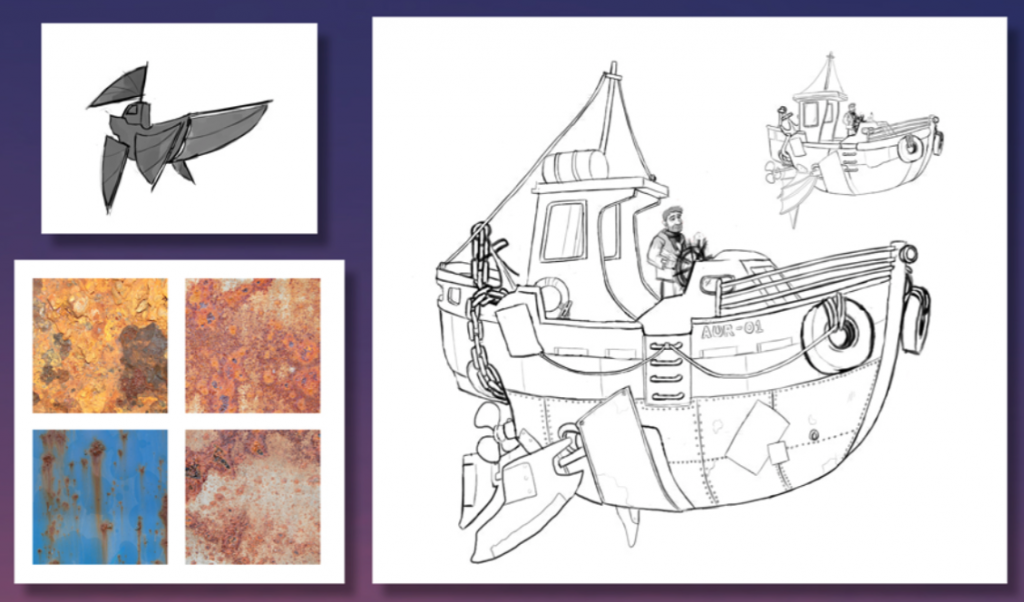 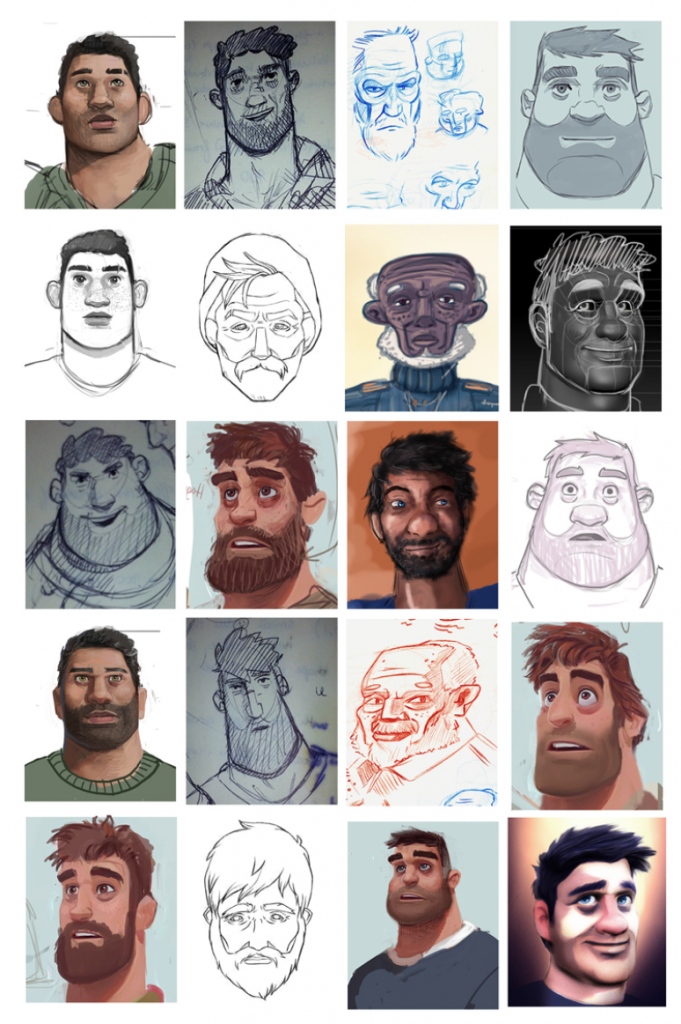 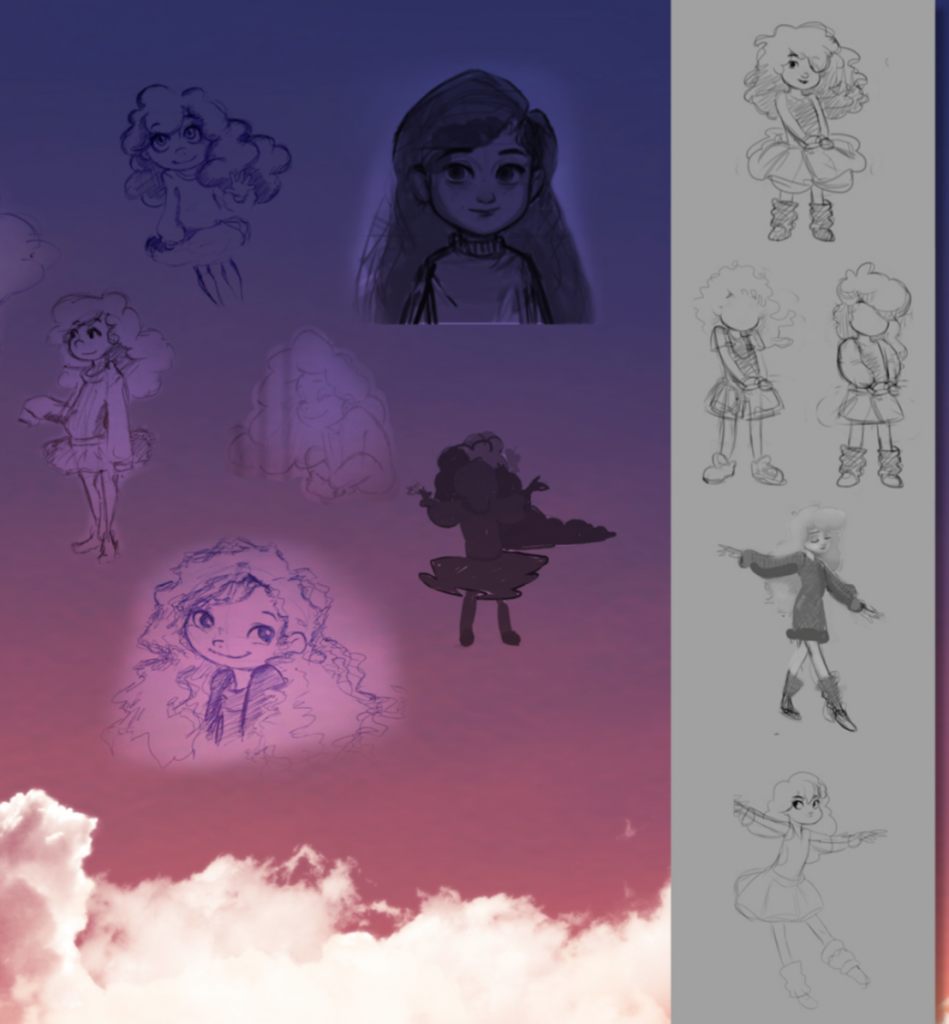 Are there any people you would like to give a shout out to who helped you during this project?

We want to thank Antoni Schonken and Aret Lambrechts for supplying us with sound that was so shockingly close to what we imagined for Aurora. Alexandre Heboyan for helping us solve complex story issues. Guillaume Dousse for aiding us in finding the right artistic vision for Aurora and character design issues. Benito Kok, our fearless leader, for always being a helping hand and encourager. Nuno Martins for supplying us with top notch PCs and software that pushed Aurora into uncharted waters. Everyone at the Animation School that kept us motivated. And last but certainly not least, our family and friends for their endless love and support, and for putting up with our rare and infrequence appearances at home and in life.

Where can we follow your work online and keep up to date with your future work?

Which Marvel or DC character would you be and why?

Grant Jacobs: Off the top of my head I would be Iron Man, probably.

Tyla Koen: I would definitely choose Storm because I love that she holds the ability to change her environment. Nevermind her ability to fly. Hopefully in another life, right?

James Mann: The Flash, because I could get more done, and if all else fails I could go back in time!

Sam Hillebrand: M’gann M’orzz (aka Megan Morse or Miss Martian). I can’t even imagine the amount of work I could get done with the help of telekinesis, plus I’d be able to fly.

Daniel Morison: I would have to say Spiderman, because I love to climb and that is what he does.

Chris Thwaites: Probably the Invisible Woman because I was always late to things! Or the Human Torch to heat up the microwave meals we were perpetually eating.

We are overwhelmed by the positive response of our audience, and appreciation we have received from everyone who has had a chance to see Aurora. Thank you to everyone, it means a lot to this team. This has been an incredible learning experience for all of us. Without a doubt, we would love the opportunity to work together as a team again, especially with the new knowledge we now have from working in industry. We are looking forward to pushing our film to new horizons across the world. 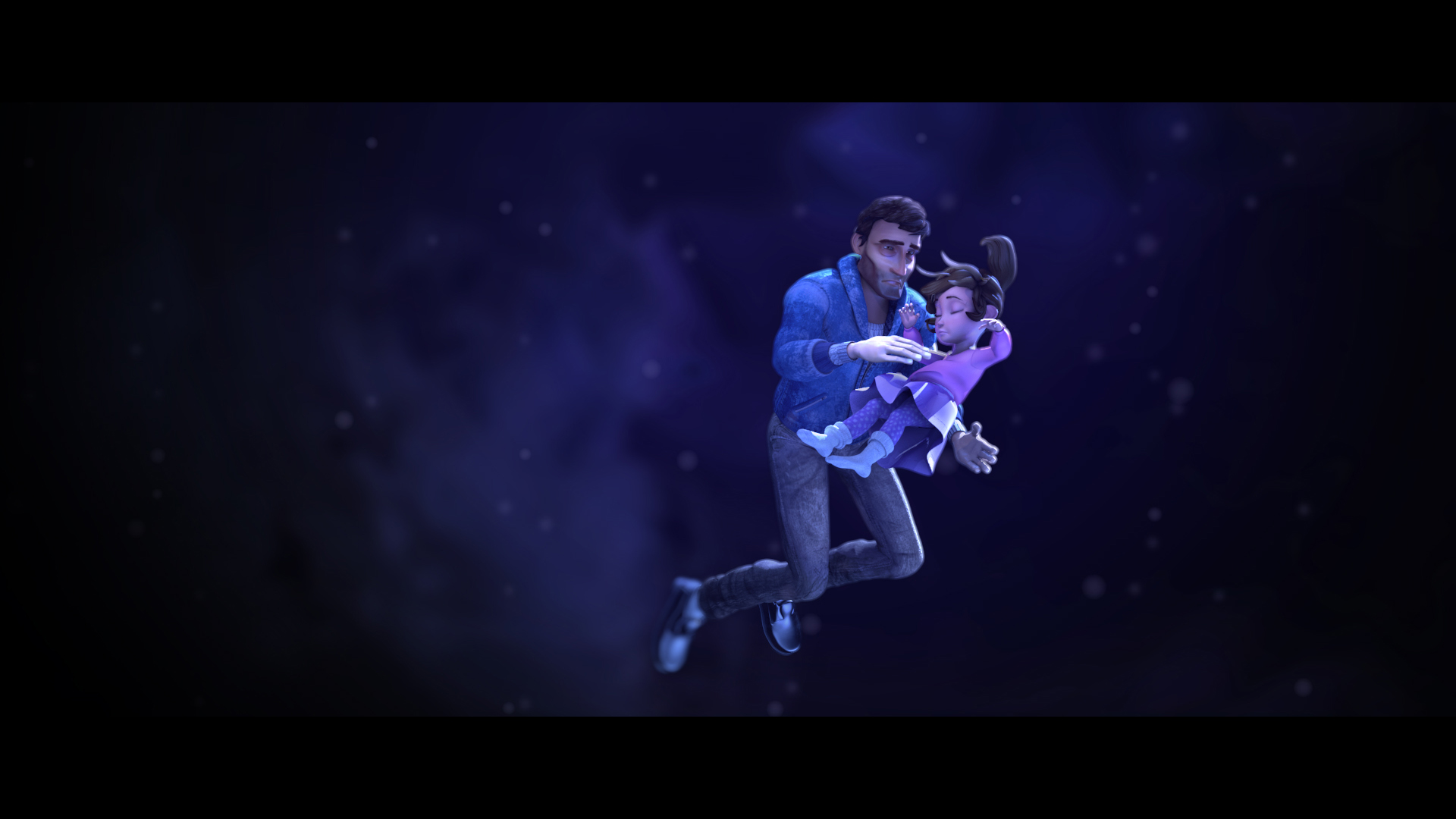