If you’re into game development or game design for the first time or as an experienced user you’ll need to see this beautiful low poly 3d asset pack from the 2 man team PolyPerfect studio.

Their low poly graphic is great for prototyping and making low poly games. In our opinion, we’d go straight to not using it as a prototype since it’s game ready form the start <3. The team has recently updated their full pack which contains a massive amount of water, hills, grass, roads tile terrains, wild or domestic animals, various everyday humans (with career attire), objects such as axes, boxes, guns, trees, bushes, fences and tons more.

It’s really difficult to explain all of the assets you’ll receive in this pack. Luckily the team build inspirational scenes with the assets to shows different examples of how you can use these assets. 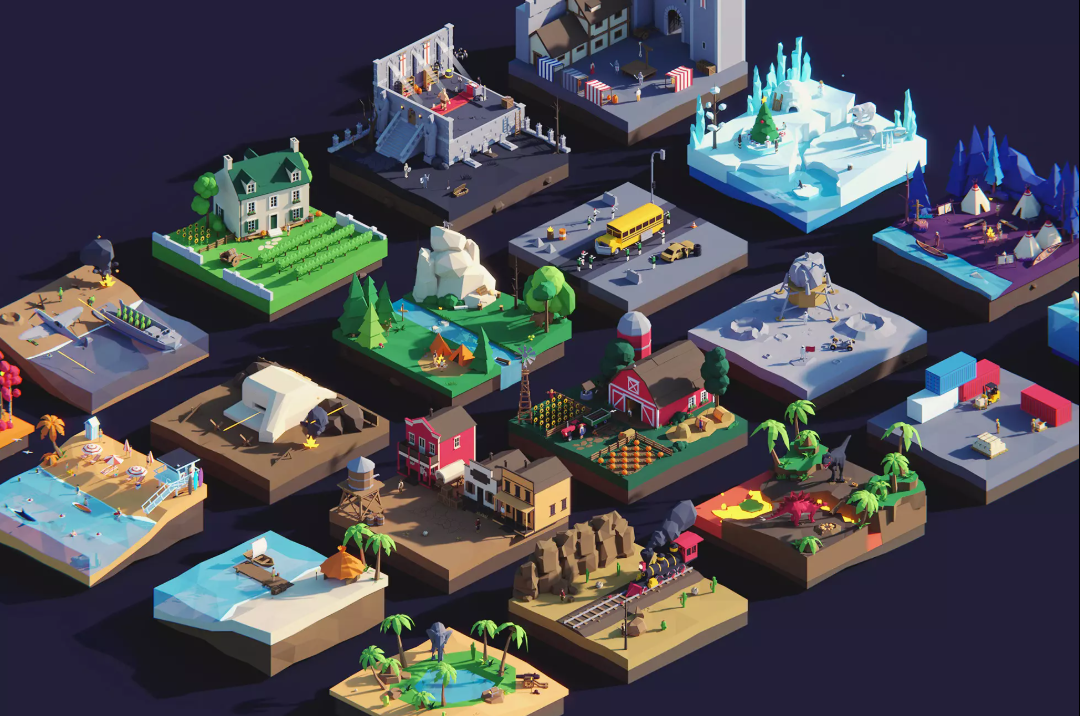 More about the PolyPerfect Team

Polyperfect is an indie team of two, Pavel & Elliot, with the intent to create visually stunning content ready to drag and drop into your games. Their core value is creating quality over quantity, truly seeing games as a form of art. It’s a collaboration between two friends, who have in fact never met, when they started working on a game called Terroir. They have quickly enjoyed each other’s work and decided to create the first Low Poly Animals Pack together. 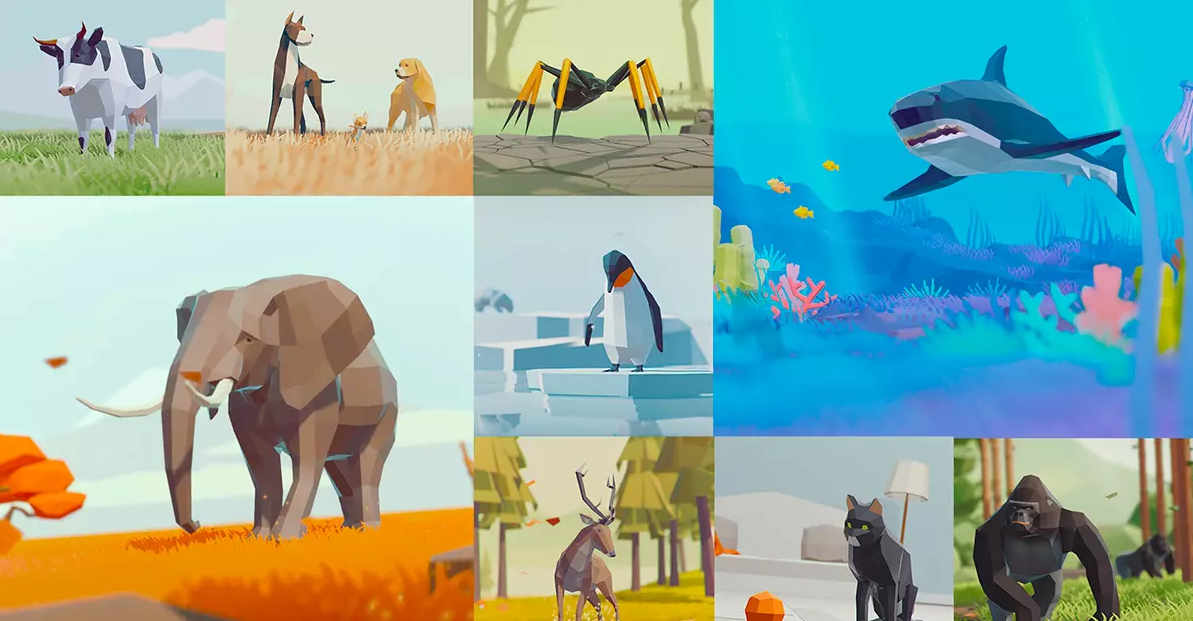 Albeit being a young studio, they have already made their mark in the gaming world – having worked with gaming superstars like Will Wright (SimCity, The Sims), Facebook, leaders in Biometric as well as helping the National Museum in L.A. They are also part of the Unity top ten Asset Store Publishers with their popular Low Poly packs. Even though both of them have their regular jobs and their time is very limited, they are well known for helping their customers, advising them, and expanding their packs for free.

A bit more about Elliot ( The mastermind behind the rigs, animations, and scripts)

Elliot studied at Falmouth University, the UK doing digital games animation. He works as a full-time Technical artist at Ultraleap, UK. A spatial computing company specializing in mid-air haptics and hand tracking. He enjoys learning new software and fixing up his house in his spare time. Elliot has watched a lot of Lynda tutorials while learning about digital games animation. Since then most of his learning has been self-taught by playing with the software and learning from the fantastic developers he meets around him.

Pavel studied digital design at the University of Tomas Bata in Zlín. He considers himself a Jack of all trades and the master of some. He is an illustrator and digital designer located in the middle of nowhere – the inspiring city of Zlín in the east of the Czech Republic. Working as a Creative Director at BandMaster Research, the creative and technological hub of the Scandinavian leader in “Brand Automation’’ – BrandMaster. Over the years, he has worked with brands such as Mercedes-Benz, BMW, Coca-Cola, and Equinor. He always loved videogames and started making games as his free-time activity. Pavel is also a big supporter of 3D open-source software called Blender that’s his main tool along with Adobe Cloud and Sketch.

What kind of model types are in this pack?

The team is also continually working on animated models.

They have a rigged low poly people pack with animations and wander script.

From what weve seen and the reviews we’ve read about this team were more than delighted to share their work on our platform (and mentioned them already in a previous top 10 low poly assets article) and only wish this team great success! Stay awesome guys and keep on dishing out these amazing pieces of work!

If you would like to connect with the team you can go to the following links:

Youtube Channel with tutorials on how to use the assets: https://www.youtube.com/channel/UCPnQ0p1W1np7PfA6MW6p-dw