Our Honorable mention for the month, Michael McCarthy, is an adventure writer and a good one at that. If you are a writer yourself and you need some tips and pointers we suggest you take the time to read his words of wisdom. We’ve seen his work  on a site we frequent and recently we heard that he’s publishing adventures. We haven’t had a writer featured on Pixelsmithstudios so we thought he would be the perfect man for the first writer Honorable Mention. Enjoy! 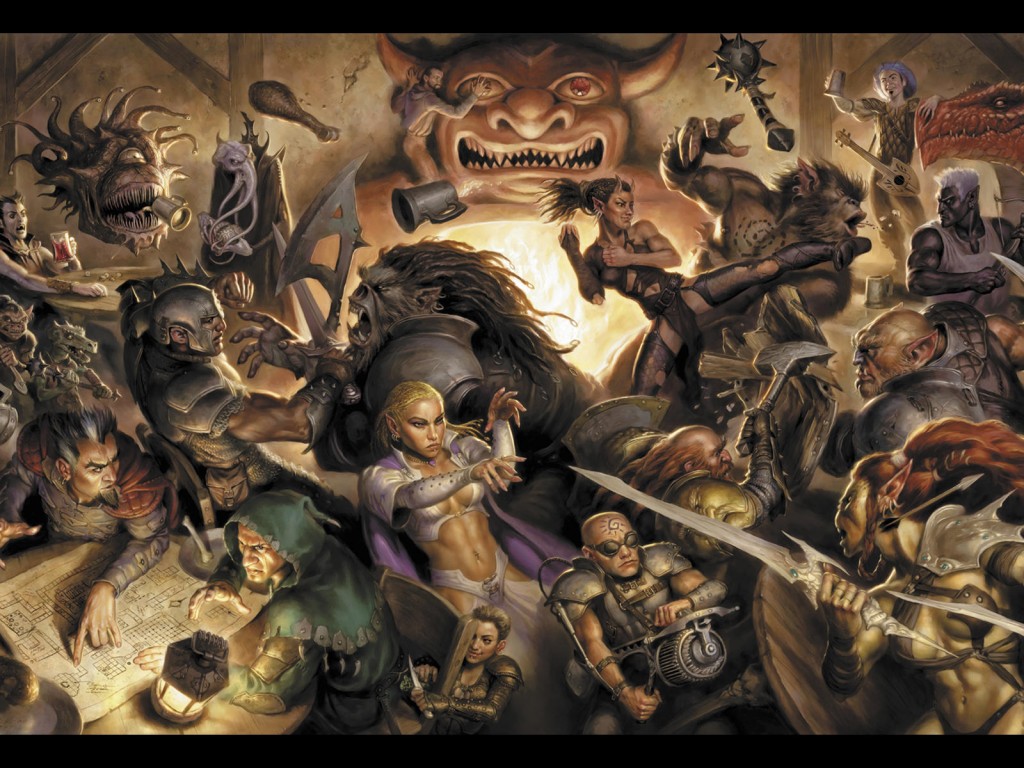 1.Tell us about yourself and how your passion started with writing?

Well, my real name is Michael McCarthy – I had been hesitant putting it out online before I started writing, but there’s no avoiding it now – and I live up in the great white north of Canada. Though, living in the southern part of it, it’s not that much different than the climates you’re used to seeing on all your favorite TV shows. No igloos or anything.

As to how I started writing, that’s more complicated. I’ve been writing and DMing adventures for about twelve years now, and with my 27th birthday coming up means that’s just shy of half my life. It’s in my blood, as they say. There were a lot of inspirations I had as a kid, including one that inspired me to create my namesake campaign setting, Ronar, but for the most part I was just like any other DM until about a year and a half ago. I was looking at my life and saying “My current job is okay, but it’s not my dream job. What would make me happy?” It took me a bit to realize that as much as I wanted to get into video game development, it wasn’t what would make me happy. What would, was adventure writing.

At the time, it was early December, and there’s a relatively notorious RPG competition that goes on then, Paizo’s RPG Superstar. Great, I made up an entry and submitted it. I had done so the year before too, but I was serious this time. And I did okay – I got some good feedback, but I didn’t make it through. But, there are plenty of other fish in the proverbial publishing sea. And that’s how I met Dreamscarred, who gave me my first real break in writing and agreed to let me write a whole adventure path, entitled From the Deep.

2. Give us some info on your latest titles?

I’m currently working with two different publishers. Dreamscarred Press is releasing my adventure path From the Deep, compatible with their psionics-only campaign setting of Ksaren. It’s an adventure about mind control, monster slugs, social inequality, and of course: Psionics. I’m going to include some spoilers of the campaign in it’s current state – issues 2-6 aren’t absolutely finalized until they’re printed – but it all boils down to one of the staple low-level psionic monsters, the puppeteers.

But as much as they’re the primary villians, they’re only a problem because in the Ophid Protectorate, psionic power is social station. If you can’t use psionics, you’re treated like dirt. This caste system gave rise to some pretty obvious conflict, and where any conflict exists, so can zealots. One of them is Scriven, the main antagonist of the adventure, who has found a way to control the puppeteers around the countryside and is doing everything he can to destroy the nation around him. He has become extremely powerful, but without psionics he was still nothing to the protectorate. Wouldn’t you be angry? 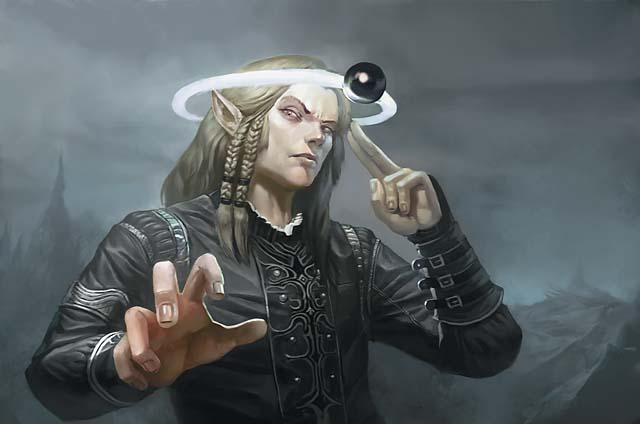 The other publisher I’ve been working with is AdventureAWeek.com, a site that specializes in short one or two session adventures. I’ve currently got three adventures in the process with them; Under his Skin which is recently out; It All Falls Down, which is coming out at the end of June; and To Catch a Serpent which has just been submitted and is probably about two or three months out from being released.

It All Falls Down is only of my favorite adventures I’ve written, because I managed to make the beginning feel a lot like a movie. And that’s really exciting for players, to step in and almost immediately find themselves in the middle of an action sequence as the underground passageways they’ve been navigating begin collapsing in on themselves – forcing them and the dwarves they are chasing to begin to book it to avoid being crushed beneath thousands of tons of rock.

3. You mentioned your adventures but is there a book on its way?

Not a book, per-say, but I am looking into self-publishing my own work right now. After all, when I do something I tend to go way over the top; so here’s the scoop on the project. It’s still in the very early stages of planning, so there’s not a lot finalized, but I’m really excited about the project as a whole.

The campaign itself is going to be set in Lamden, a country of old wars and older magic, rich in both natural resources and unnatural secrets. For millenia strange powers have come to settle in this strange country that seems to shift within it’s borders of its own volition, hills, forests and deserts alike moving far more than they have any right to and contributing to the mystery of the land. The best thing about Lamden, though, is that I’m not defining the rest of the world around it; it’s free to plunk down into any campaign setting you’re already using without worries about ruining any sort of continuity within the campaign itself. Whether a group favors Golarion, Dark Sun or the Forgotten Realms – or something else entirely – Lamden is compatible across the board.

The story of the adventure itself, currently titled The Black Star, will follow the party as they work to keep a mysterious evil group from abusing a terrible power they’ve called down from the skies, the black star itself. They hope to use it’s power to become unto gods, and harness the power of raw chaos to control the country, the world, and maybe even the gods themselves.

4. Any tips and advice on freelance work and acquiring new projects?

Well, I’d fully recommend going online and simply searching around. There’s a dozen books worth of adventure writing tips out there. Use them to hone your craft, and keep writing – not only will it help improve your work, but you’ll always have something on-hand if you find an opportunity to submit something.

But, the real question is where to find that work, as the supply of professional writers is far higher than the demand for them.

First, don’t quit your day job. I know it might seem tempting to become a full time writer, but unless you have something else to fall back on, you’ll have a lot of hungry years ahead of you. Writing doesn’t pay terribly well at any time, and writing adventures is no different. It will take time, hard work and a lot of luck to get to a point where you could make any sort of real living off just writing adventures.

Second, don’t be afraid to submit things. No publisher is going to steal your ideas, so you’re way better off putting yourself out there than holding onto them until they’re perfect. Even if they are perfect, there’s a chance it’s not what the publisher is looking for, too, and you’ll never know until you try. Don’t submit every idea you have, just your favorite few once they’re solidified out into good ideas.

Third, and most importantly, don’t overextend yourself. Know how long it takes you to write an adventure (40 hours? Three weeks? Three months?) and don’t overpromise yourself. There’s no surer way to make you hate writing than setting an unreasonable deadline for yourself and having to force yourself to be creative.

My latest two adventures on DnDOG aren’t actually my own creations at all, but Pathfinder Adventure Paths. Specifically; Council of Thieves and Jade Regent. I really love all the care and love that’s gone into the adventure paths, and the idea of a whole pick up and play campaign in general. It’s why I write my own.

Council of Thieves is just beyond halfway through the first adventure of the six in the series, and is populated by a group of great players, but has only needed two replacements over all – which is pretty good for a Play by Post game. Right now, the group is deciding whether or not they should steal the hellknight’s ballista, and what they might do with it if they do.

Jade Regent is another beast entirely. I went out looking for four players, and came back with seven excellent applications I couldn’t let go. Normally, I would expect one or two players to drop out because they had applied but couldn’t keep up with the game – but here’s what makes this game amazing: nobody has. The players are well into the brinestump marsh and all seven are still going strong in a way I’ve never seen. Now I’ve really got to work on rebalancing those encounters! 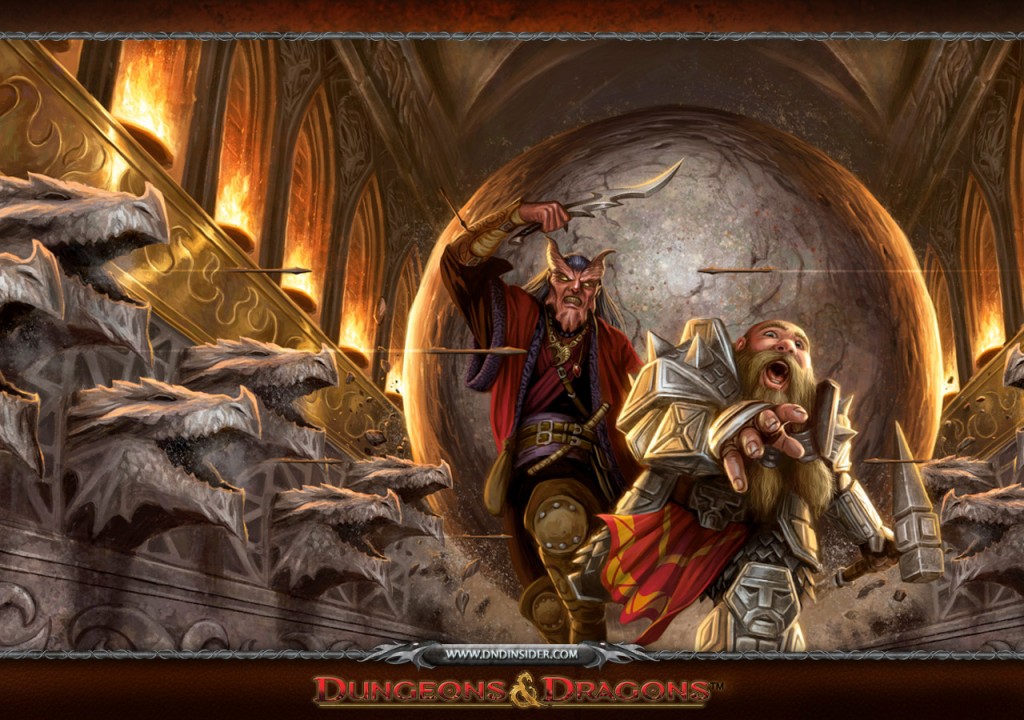 6.Any characters you relate with or enjoy writing about

As I mentioned before, other than roleplaying games, my next greatest passion is video games. And there’s a specific subcategory of that I love most of all, and that’s games with procedural content. I love games that essentially build themselves as they go along. I’ve even put some work into designing games that play themselves, too.

The best type of games for that, I find, are roguelikes. I love the original rogue (which I think dates me even more than listing my actual age), and I’ve loved roguelikes ever since. My poison of choice in this department is ADOM, mostly because it goes beyond the normal dungeon-delver. It’s got a huge story, thousands of monsters, items and NPCs, and even multiple endings – how many games do that? It’s also brutally hard, which comes with the territory, but it’s something I ultimately don’t mind, I normally don’t even try to win, I just like dipping gremlins in water and watching them spill out all over the level.

7.Anything else you’d like to add for our readers?

Do what you love. Really. Play games, meet your friends. Just go have fun. If you’re not enjoying yourself, then you’re wasting your time. I’m not saying go quit your job or anything, but if you’re not happy with your life, then go out and consider a career change. I did it, and I’ve not regretted it yet.

Under His Skin with AdventureAWeek 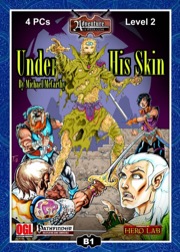 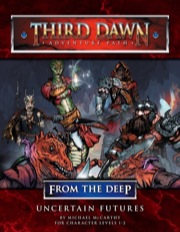 Thank you for the interview Michael, we appreciate it!