Jason is a VFX Artist working for RIOT…best job ever right? Yeah, we were geeking when he agreed to the interview and we jumped right in with our questions. Not only is Jason working for RIOT but he has also worked on many other prodigious projects and continuously strives to learn as much as he can in his field. Have a look at his amazing effects reel below and his advice at the end of the interview for aspiring animators that are just starting out. 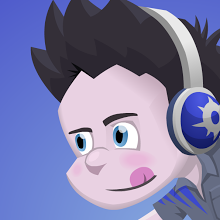 When did you start your career and where?

I started back in 2007 when I was a TA for my animation professor, Ryan Woodward, scanning images, and lending a hand with a few of his projects (mostly very non-artistic stuff). That led to my first small studio job later that year.

What made you decide that you want to be in this field?

I guess I never wanted anything else. For as long as I can remember, I’ve wanted to make cartoons and games.

What do you enjoy most about your career?

I love that every day is a new challenge, and there’s always something more I’ve never tried.

What do you enjoy most about working with the people in your career?

I feel at home in the entertainment industry. It’s a pretty small industry, or at least it feels small, because so many people have come from so many different studios. We’re all a bit crazy, and I like that. You’ve got to keep it fresh and spontaneous in entertainment, or your work gets stale pretty quick.

What was your favorite project thus far?

Heartseeker Varus – His vfx are so sparkly!

Do you drink a lot of coffee? If so, how many cups a day?

No coffee for me. Just a green drink every morning. Mashed up bean sprouts and other fibrous veggies. Yum!

What are the biggest factors in your career that motivate you to keep on doing what you do?

I always want more. I want more skills, more experience, and more fun doing what I love. I guess it’s simply a part of my personality, and I just do my best to give myself what I want, rather than stifle the burning drive that keep bubbling up.

Tell us more about the amazing short animation your directed, “Alight”.

Alight was an idea that evolved over a couple of years. I was inspired by the Firebird Suite in Fantasia 2000, and Michelle Gagne’s Prelude to Eden. Both of these animated shorts used visual effects to tell a story. I loved that idea, and wanted to really put the effects front-and-center, as characters. 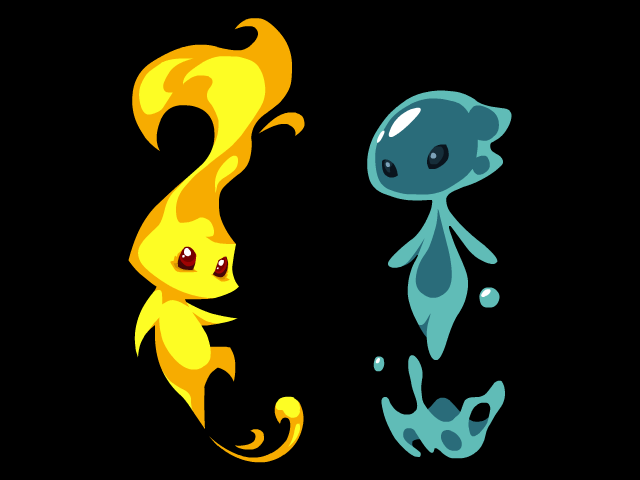 In short, Alight has everything I personally enjoy in entertainment: flashy effects, adorable characters, and though-provoking themes.

A few of us students at Brigham Young University got this thing done in about 2 semester’s worth of work, spread out over 3 years.

lol. I wish there was something I could dependably do to kickstart myself every day. Unfortunately, the creativity comes and goes. I suppose my ‘ritual’ would be staring at the screen, sweating blood until something happens.

What would you say is the biggest success you have had in your career thus far?

My biggest career success came the moment I realized I was doing what I loved every day. That came with my first studio job. My biggest personal success: being happily married to my wife after 8 years. ( Editor: You go guy! )

What is the funniest moment you have had in your career?

One day I accidentally checked-out all the files in League of Legends, when what I meant to do was update to the latest revision of all the files. That meant I was preventing anyone else from submitting their work to the server. Oops. It took a few hours to undo the mistake, but eventually, I unblocked the entire production team.

How did you start at Riot Games?

Linked-in sends out regular job openings. I saw a position at Riot, applied, and they got back to me. 4 months later, me and my wife made the move from Utah to California.

What other projects have you worked on that has had a big impact on your career?

Animal Jam was a fantastic project to work on. It’s an online game for kids. That’s where I developed a lot of my style and work process for 2D effects.

What is the highlight of your day in the workplace?

The highlight is when I get to sit back and watch an effect I made play over and over again, and I know it looks how I want it to… except for that one last little tweak…. then another….

What is the environment like at Riot Games for you?

It’s a fantastic work environment. The structure is horizontal, meaning we don’t have “higher ups” telling us how to do what we do. We’re given a lot of freedom as a team and as individuals, which means a lot of responsibility. If you mess something up, you can’t blame anyone but yourself. But on the other hand, how much you succeed is entirely up to you, and nobody else.

Dreamgiver was also another spectacular short you worked on, tell us more about it?

Tyler was a very visionary director to work with. He knew exactly what he wanted in every shot. It was cool seeing him work, and then watching the whole thing come together.

Are there any colleagues you want to give a shout out to?

So many people, so little space! All the guys I worked with on Animal Jam were really cool dudes. One of them, Peter Anderson, is doing some indie game projects under his indie company, Califer Games. Peter is full of life. I really enjoyed sitting next to him. He kept work fun and exciting every day. At Riot, everyone is a rock star. I get to sit by Brian Thompson and Adam Kupratis, two exceptional vfx artists. Those two guys, along with the rest of the vfx team, have really helped me level up since starting at Riot. They’re fantastic mentors.

What was the best day you’ve had at work?

Best day ever? That’s a toughie. It’s always super satisfying seeing something I worked on go out to players, and reading their comments on the forums. I really get a kick out of other people enjoying something I created.

Are there any fond memories you have from your first day and where?

I remember on the first Friday at Riot Games, the team made me feel really welcome. We all went out to a sunny picnic table in the courtyard (having just come from snowy Utah in the winter) and we just chatted about how our week was. It was so casual and relaxed, I just felt like I was instantly a part of the team. It was great.

Do you plan on expanding your skill set any further?

Absolutely. I’m always hatching plans and ideas of what I want to try out next (sometimes to my own detriment). I get pretty distracted pretty easy. Honestly, focusing on the task at hand is more my issue than anything.

If you could say anything that you want to aspiring animators that are just starting out and pursuing a career in animation, what would you say to them?

This isn’t an industry of practicality. If you want the safe route, don’t go into entertainment. If you’re going for a job in TV, film, or games, go all in. Dedicate yourself to developing your skills. Don’t hold back, putting half your time into a “safety net” career option. That isn’t to say don’t diversify within the industry (being technical AND artistic is actually really smart).

The industry doesn’t reward people who do the bare minimum. You’ve gotta be passionate, and you’ve got to put overtime into your portfolio if you want a shot. Even at art school, if you do just the required assignments, your competition will excel above and beyond you, because they went above and beyond. Sure, it’s competitive, but that shouldn’t be a problem for someone who is really excited and passionate about doing the work. It’s so rewarding. It’s so worth it. Just keep going and never stop. Then you won’t have any regrets.

Thank you Jason for your time, we wish you all of the best in your future endeavours! Keep on inspiring and stay awesome! – Pixelsmithstudios Team