Recently we paid a visit to a little studio in Cape Town that does work on a not so little scale. Sea Monster is situated in 75 Harrington Street, just a few stories above the popular health food and salad bar, Chop Chop.

Glenn Gillis, the founder and managing director sat down with me and told me a bit about who they are and what they’re all about. What I didnt realise was I would have ended up finding Flint’s treasure.

Sea Monster was born during the restructuring and eventual closure of Clockwork Zoo when they shifted their course and so it happened that this studio at 25 artists strong and growing came into existence. They are a group of friendly individuals who are all passionate about what they do and they are busy hauling in the type of work that we thought belongs to a future that’s not yet here.

In the first few years, they had some of the best 2D animators in the country and they knew that they wanted to be a full cross platform from the start. This enabled them to do a lot of work with corporations regarding the power of animation in regards to driving learning and driving businesses.

Now they are fixated on using all the technology and platforms available to them to tell stories, educate people and to drive business outcomes because of the immersive storytelling environment that excites us to do what we are doing with this technology.

These guys are currently one of the leaders in the fields of Virtual Reality and Augmented Reality development, having been in working in these areas for five years already and still going strong. With a business card that enables you to play a game on your phone using augmented reality, who wouldn’t find their work to be an inspiration?

During our conversation, Glenn also dropped a little gold nugget for the readers –
With the idea of producing at Clockwork Zoo, we realised the ideal is to have two to three productions at a time. Critical Mass is 300-400 people to have a sustainable model with pipelines and pipelines are expensive, and can easily cost over R2 million a month to run.

Sea Monster was born out of the restructuring from Clockwork Zoo and is entirely self-funded. If you want to compete on the market, invest in your people and build a brand that people can relate to.

Take on work that is available, even if it is not a good fit, you can get freelancers, work on your own or get a collective of freelancers.

When I asked Glenn what his take is on the future of Augmented Reality and Virtual Reality he had quite a bit to tell me and this is a bit of a read, but well worth it if you want to tap into the mind of an entrepreneur that I think will be responsible for changing a lot of the playing field in the future.

Sea Monster has been making AR apps for five years, initially people were using it like you would use a short code/QR code. Glenn’s view is that AR is a profoundly new way to link the real world with the digital world, and a heads up for the privacy fanatics – Tweets and photos are also geo-tagged.

We’re starting to see a resurgence if you like, of AR, where we see value where companies are starting to really understand how you can drive creativity and experiences in fascinating new ways.

AR is going to continue to grow and be more widely adopted into devices than VR. When you use AR or VR you have to keep creating value for the user, and AR is a good method of this. It enables you to have that WOW-Factor but also to keep the customer or client coming back and continuing to use your platform.

For those who are unfamiliar with Augmented Reality and Virtual Reality, within the Augmented Reality space, you are projecting a digital object into real world space, take for example your GPS. It is a version of Augmented Reality, it moves as you do and it has sound layered over it as well as being interactive. And then you have Virtual Reality, where you are placed inside a digital world space to interact with a digital environment visible only to you. For example, the HTC Vive, which Glenn was generous to set up for me and let me use it. Now I want one of my own ones.

And then we shift our focus to VR, VR is at the beginning of a disappointment curve in a way, incredibly powerful though and it will change industries in ways that we don’t understand yet, but at this stage, it is still clunky and takes a lot to set up. But incredibly powerful.

One way that we are looking at it in the future, is how airline pilots are trained. By applying all our skills to create this platform, VR can transfer across the board and will affect every industry like the medical and technological advancement sectors in the next 10-20 years.

Most memorable project to date?

I asked Glenn what has been the most memorable project to date and he replied that there are so many answers. Grateful that Sea Monster still exists after 5 years, working with a great team. Working really hard to attack the opportunities. Also having moved away from pure entertainment focus, to educational focus. There isn’t one project that’s our favourite, we are proud of all the work we do.

We have walked away from numerous other projects because they do not align with our focus and what we make. One project that has been good, is the Moneyversity educational platform from Old Mutual, as it s a good example of how you can use all the platforms available to educate customers to make better informed decisions and to help them save. 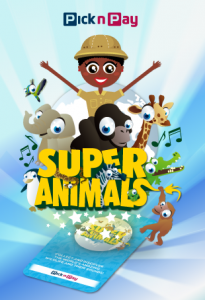 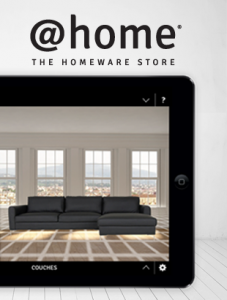 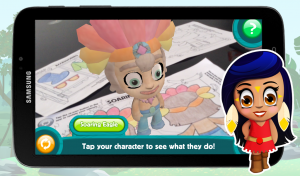 Sea Monster is looking for passionate Unity and C# developers to join their ranks and work on exciting, revolutionary projects. If you would like to find out more about the available positions and work with these awesome artists, get in touch with Camilla: hello@seamonster.co.za