The Evolution of The Simpson’s Art: Part One

There hasn’t been a show that marked a hit worldwide as The Simpsons. They have become a cultural pop icon much as Mickey Mouse and Mario (the Nintendo mascot). The show’s main appeal, besides the witty script, is the distinctive art work that has been the trademark since its early conception in the Tracy Ullman Show back in 1988. 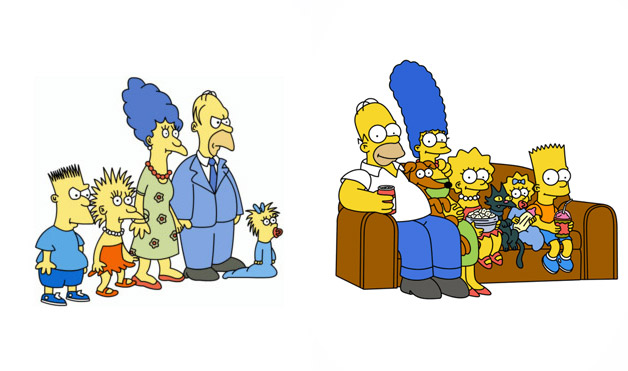 There are many things people don’t know about The Simpsons History, such as why the characters are yellow,their early relationship with Klasky-Csupo Inc and the popularity the show developed for being tongue in check with current events. Did you know that The Simpsons and the television show “Rugrats” have something in common. They were produced at some point by the same production house ,which is Klasky-Csupo. Their big break came when James L Brooks invited the company to produce the intro sequence to the Tracy Ullman Show, which eventually developed into their involvement with The Simpsons short. Later they went on to produce the animation of the first three seasons of the show until a dispute from the executive producers made Klasky-Csupo  retire from the project, because of the poor animation regarding “Some Enchanted Evening” which was going to be the first episode of the series but got postponed as the season finale because it had to be redone almost from scratch.

The animation eventually went to Films Roman Company, a storyboard company in California. According to Gabor Csupo, there were many disputes regarding the creative control,salary and budgeting to the benefit of a larger revenue. Klasky Csupo gave The Simpsons the original look that appealed to many viewers but were also responsible for several bloopers such as Waylon Smithers being African American in one episode and the next one having just a mere tan. 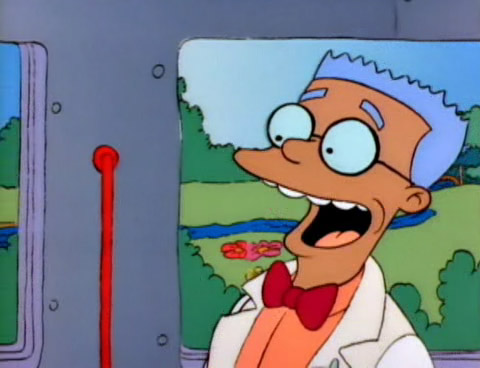 The success of Klasky Csupo didn’t stop with The Simpsons. They also produced the aforementioned show called Rugrats, Duckman, Real Monsters and a few others that positioned the company on the animation market. Something many people aren’t aware of  is that Klasky Csupo animator, Gyorgy Peluce, initially gave the characters their distinctive color pallet such as the yellow skin and their wacky hair colors (Marge) from the original improvised sketches made my Matt Groening.