We’re pretty excited about this interview as Epipheo studies have been an inspiration for a lot of us here at the office. We love the quirkiness, the way they get the message home so fast and we love the artwork. This isnt a company but a group of people working passionately together to help you, there’s no cold sales people or robotic service but warm hearted and energetic people ready to tackle anything you bring them. They have some pretty big clients namely Google, NBC,Microsoft,Facebook,AOL and more! 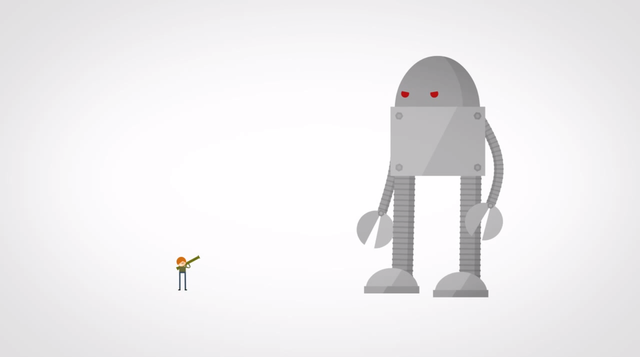 Without further ado we bring you some questions Epipheo graciously answered and they added a few links you should definitely check out. Enjoy!

Tell us about the team and how Epipheo started?

We have a business development unit that consists of 10 people.  The biz dev unit interfaces with our clients on new projects and also works to develop future business opportunities. We also have a creation team of about 25 full-time staff and an additional 15 freelance artists.  The creation team is responsible for actually producing the videos.  We also have a marketing strategy team of 10 other people that works with clients to develop other strategic marketing materials including web sites, infographics, ad campaigns, etc. 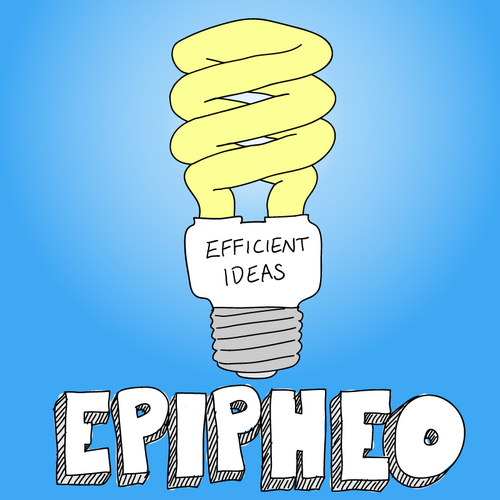 The rumors are that the seeds of the company were planted when one of the founders of the company got interested in making videos several years ago. He taught himself how to use some animation software, and just started experimenting for fun.  While learning his initial animation skills, he was also doing a lot of reading and thinking about how new forms of media, made available by the internet, are changing the way stories are told.  This got him thinking about how to apply his video making skills in this new space. He partnered up with some long-time friends to help turn these skills and ideas into a business.  Shortly after that, he worked with his church to produce a video about a new faith-based initiative called the Advent Conspiracy.  That video went viral.  Not long after that, the business partners got an idea to show the world how Google’s newest product at the time Google Wave works.  They did the video entirely on their own initiative without any input from Google.  The video had almost a million views after it’s first week on YouTube, and Google flew the partners to their campus in California to talk.  From that point, on the phone was ringing off the hook with calls from various companies asking for an Epipheo.  In the span of a few months, Epipheo went from making a few videos per year to making a few hundred per year.

What do you guys do for fun at Epipheo, any interesting hobbies?

We have lots of fun around the office.  Most of the day-to-day fun comes from the camaraderie that exists in our office environment.  We also have “bring your co-worker to work” day every Friday.  This allows the various teams within the company to present to the whole company on what their team does.  This usually takes the form of a hilarious video that the team shows.  We also have a monthly awards ceremony where we all get to see the “top 10” videos from the month and talk about major accomplishments from the month.

Everyone wants to know, what’s with the Duck?!

The duck was a random invention from one of our designers.  The duck first appeared on the confirmation screen from our web inquiry form.  Everyone commented on it, and so the duck started appearing in lots of other artwork after that.  The duck is the emblematic “jerk” in a situation to help provide some humorous sarcasm.

We love your projects! Have any new ones up your sleeve for 2012?

All I can say for now is that we are working diligently right now to launch a bunch of original content onto our channels in the near future.  There are going to be epiphanies happening left and right.  This has the potential to disrupt the world as we know it.  Stay tuned…

Who created the insanely awesome background?

One of our designers did.  His art style has become the calling card of a lot of Epipheo’s stuff, as you’ve probably noticed. [Ed: GO check out the rest of their massive background at http://www.epipheostudios.com ]

Which Video was the one you had the most fun with?

We’ve had a lot of fun with quite a few videos over the past few years, but the most recent one that was super fun was the video about… How to survive a robot uprising

Epipheo often gets categorized by others as just another explainer video company.  This a common misconception which we frequently have to correct. Fundamentally, we are storytellers.  Video is just one of many possible mediums in which to tell a story.  One of the most valuable things we do for our clients is to help them discover the story to tell and to help them tell it in a creative and engaging way.  The animation of a video is the easy part.  Animations are a dime a dozen, but good stories are much more precious.  That is why we make it our mission to reveal truth in a way that changes people’s lives. 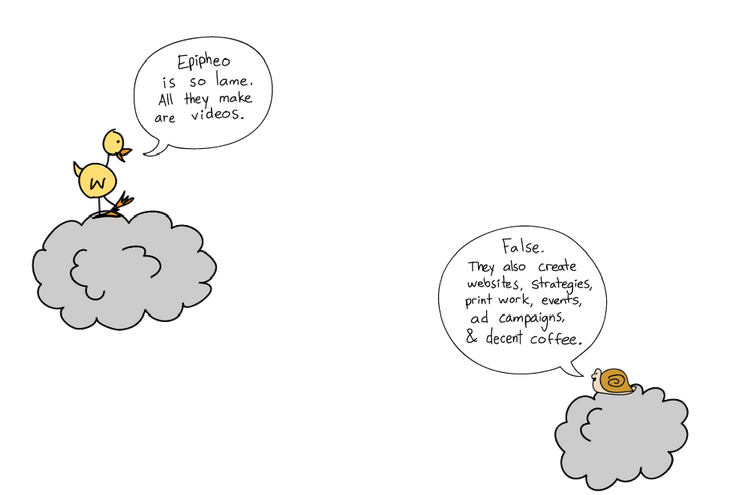 Thank you once again Adam and the rest of the Epipheo team for taking the time to answer our questions! If you love what these guys are doing you should check out these links

How to get in touch with Epipheo