Over the last couple of years we have seen quite a number of interesting games appear on the crowd funding website: Kickstarter. I like to go there now and then to check out the newest campaigns since I’m interested in the process of game development. The latest game to catch my eye is the locally developed Stasis, a dark, sci-fi, isometric adventure game set in space. 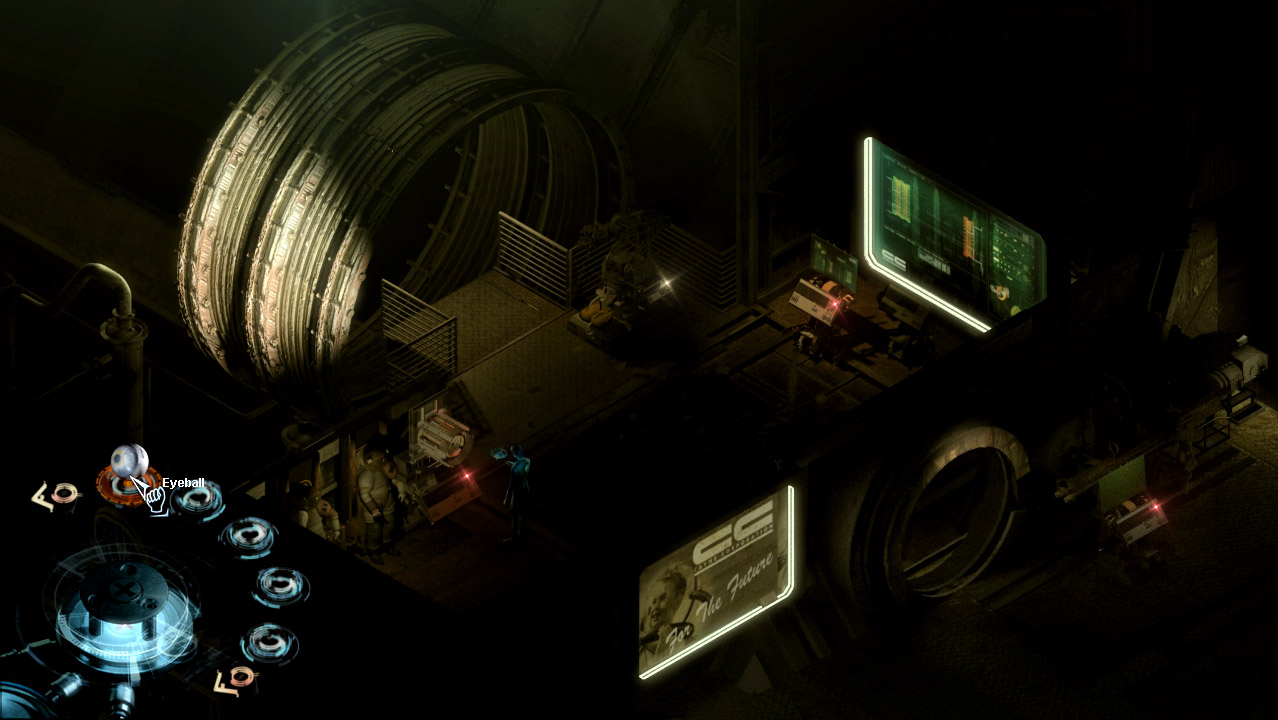 With beautiful visuals, an interesting setting and theme, it looked promising enough to get my attention. I’ve been lucky enough to get an interview with the team at The Brotherhood, where they gave me a behind the scenes look at the creation of the game.

A lot of gamers dream about starting their own indie game studios, but very few of them do. What made you and your brother take that first step to make your dream a reality and start making your game?

I started work on STASIS 3 years ago. Back then, I had no intention of turning it into a commercial game. The support and community that grew around STASIS came as quite a shock! I was really just making a game that I thought was cool – making a game that I would want to play.

What has been the biggest challenge you’ve faced since starting production on STASIS?

Initially, I had no idea how to write a story for a game, for example. While working on STASIS, I’ve tried to learn as many new skills as possible. Keeping focused on a single creative endeavor is challenging, but rewarding.

As an artist, I’m constantly inspired by everything around me – a movie, a song, a photograph, even a holiday to somewhere I haven’t been before.
Naturally, all of these can easily lead me off course, but envisioning what I want STASIS to be keeps me focused and dedicated.

What do you feel has been your biggest achievement in the creation of STASIS so far?

The fact that STASIS has progressed this far! So many people have amazing ideas for games, but sadly don’t manage to follow through on them for a number of reason. Keeping on track is certainly not an easy feat! 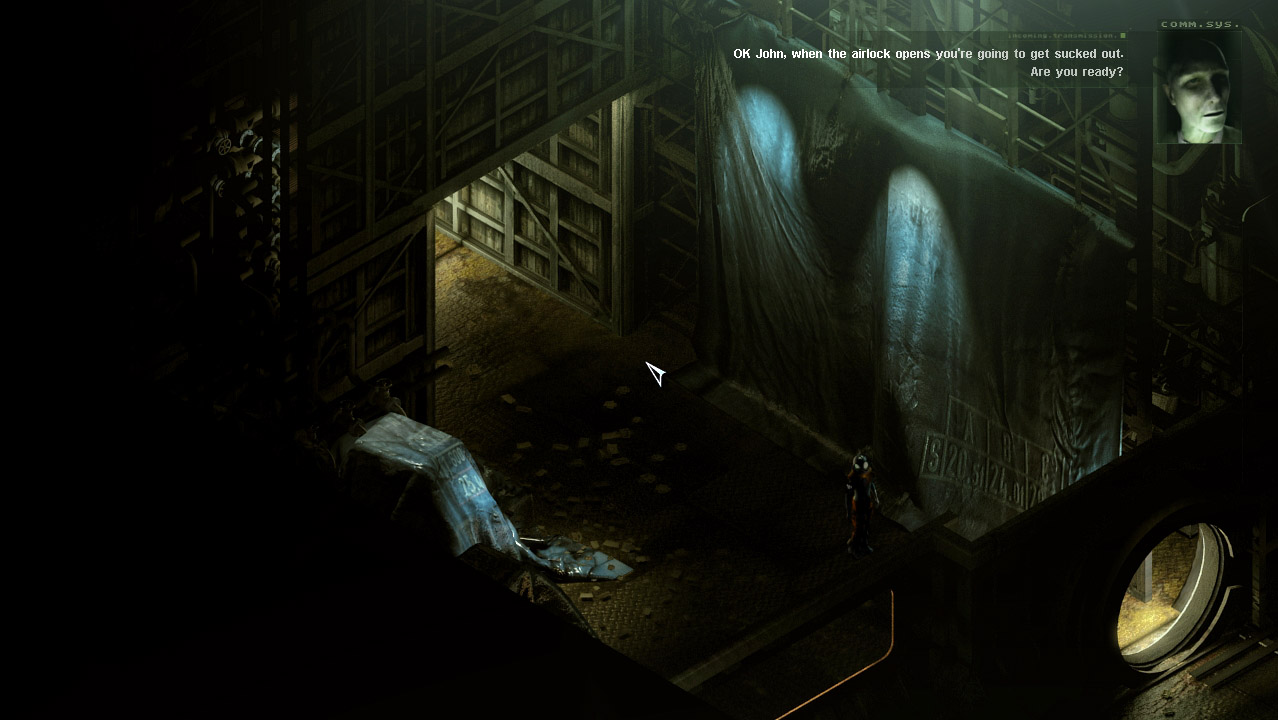 What made you decide that now was the best time to put STASIS on Kickstarter?

The main reason is that STASIS is now fully playable. It’s gone far beyond an idea, or a prototype – I’m finally comfortable enough to show it to the world, receive feedback and have enough confidence in the game.

The feedback from other websites, developers and fans have been very positive regarding STASIS. How does that make you feel? Did you expect that people would react this way?

The fact that players have played and enjoyed it, is a little surreal. I felt that STASIS was special, but it was special to me… I was a little unsure if it would be enjoyable for other people initially. When we first made the Alpha available, I’ll admit, I was terrified. I sat nervously expecting negative feedback – “It’s horrible. It’s boring. Why would anyone want to play this?” so hearing the first reactions was a massive weight off my shoulders! 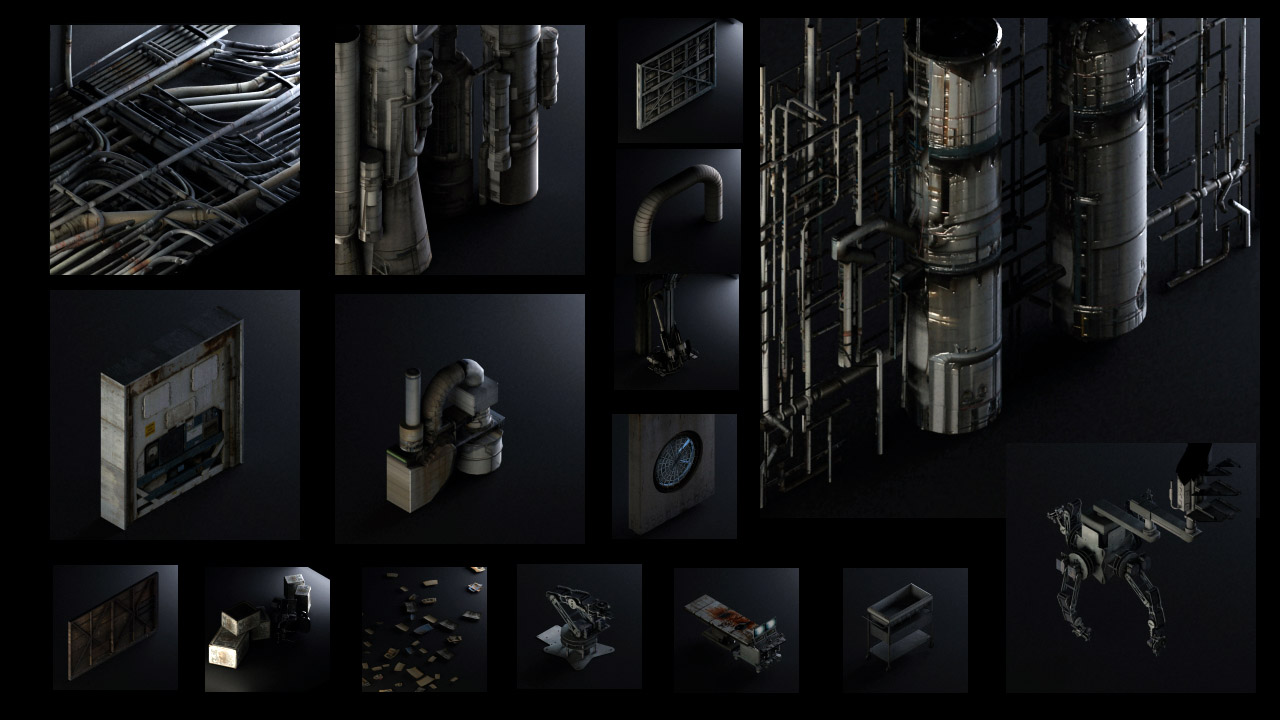 What advice would you give aspiring game designers out there? What invaluable lessons have you learned since you started making STASIS?

Mainly, I’d advise that you LOVE what you’re doing. This might sound like a cliché, but you’ll  be intimately involved in your project for a very long time. Another thing, if you’re part of a small team, challenge yourself! There are so many different pieces and varied skills that go into making any sort of game, so there is always something new to learn.

Movies, coffee and a sketchbook. Simple as that!

Is there anything major you would change or do differently if you had to redo the past three years?

I spent the first year researching how to build the game, but I had a very different story in mind. The initial story was extremely complex and convoluted. It was based more on how films are structured, but then I realised that films and games are two completely different beasts. While I don’t consider that year wasted time, I certainly would’ve benefited from a more planned structure.

You’ve announced that Mark Morgan will compose the score for STASIS. Anyone that has played any of the Fallout games will know what a boon that is for STASIS.

Getting Mark Morgan on board is an unbelievable experience. Simply going through his body of work brings back amazing memories of past games.
I mean, he did the music for Descent! I just know that having him involved in the project is going to elevate the final product quality much higher than I ever could have myself. It’s also creatively inspiring to have his creative take on STASIS.

Are there any similarly well known voice actors you would like to work with to bring your characters to life?

For the voice actors in particular, I feel it’s more about what they’re able to do for the character. Sure, if a big name approached me I would be silly NOT to consider it,  but I’d need them to be true to the character and world I’ve created.

Who’s voice do you hear in your mind when you think about John Maracheck?

My reference for John’s voice is Gunner Wright – the voice of Isaac Clarke – but when writing the dialogue, John’s voice is my own. I think you have to keep a piece of yourself in every character you write.

Thanks again for your time. We wish you all the best, and we can’t wait to see how STASIS turns out.

Thank you very much for the opportunity to talk about STASIS!

Thank you Chris for the great opportunity,all of the best and keep on inspiring!